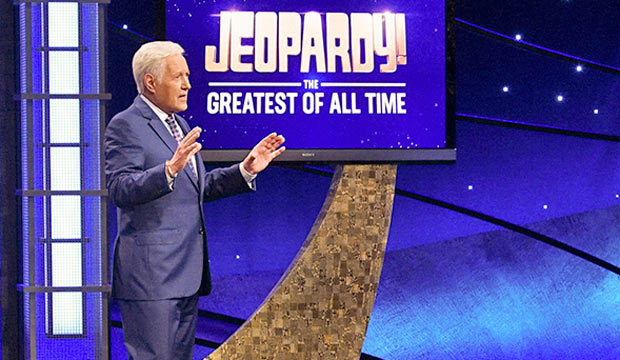 During the third night of ABC’s “Jeopardy! The Greatest of All Time,” the three biggest earners in the history of the game show continued their primetime battle for the title of ultimate champion: Brad Rutter ($4,688,436 total earnings), Ken Jennings ($3,370,700) and James Holzhauer ($2,712,216). On the line? A $1 million grand prize for the first player to win three nights. The other two guys will walk away with $250,000 apiece, which also isn’t too shabby.

As it turns out, the second Final Jeopardy question on Thursday night was something right up Gold Derby’s alley. It all came down to the category of “21st Century Oscar Winners,” with the answer reading as follows: “These 2 foreign-born directors have each won 2 Best Director Oscars, but none of their films has won Best Picture.”

All three players answered incorrectly, which we totally understand as this isn’t necessarily common knowledge. The Oscar-winning directors are Mexico’s Alfonso Cuaron (“Roma” and “Gravity”) and Taiwan’s Ang Lee (“Life of Pi” and “Brokeback Mountain”). For the record, Cuaron’s films lost Best Picture to both “Green Book” (2018) and “12 Years a Slave” (2013). Lee’s movies lost Best Picture to both “Argo” (2012) and “Crash” (2005).

While Rutter, Jennings and Holzhauer came up short, true Oscar fans on Twitter were happy that they knew something the three smartest “Jeopardy” contestants of all time did not.

I knew the answer to a Final @Jeopardy question that stumped the three greatest players of all time. #OscarNerd #Oscars #JeopardyGOAT @TheAcademy pic.twitter.com/h0Uw9xRN54

the fact that none of the three #JeopardyGOAT contestants got tonight’s Final Jeopardy question about the Oscars right… does this mean I’m smarter than all of them?

After three nights of tough competition, Jennings is in the lead with two victories, followed by Holzhauer with one and Rutter with zero. If Jennings ends up winning the next episode, it’s all over and he’ll claim the title of “Jeopardy’s” “Greatest of All Time.”

Host Alex Trebek is coming off a big win at the 2019 Daytime Emmys as Best Game Show Host. The 79-year-old host was diagnosed with stage IV pancreatic cancer a year ago, so his days of hosting “Jeopardy” are unfortunately coming to an end. However, he won’t be leaving “in the near future,” as he just confirmed at the TCA winter press tour.