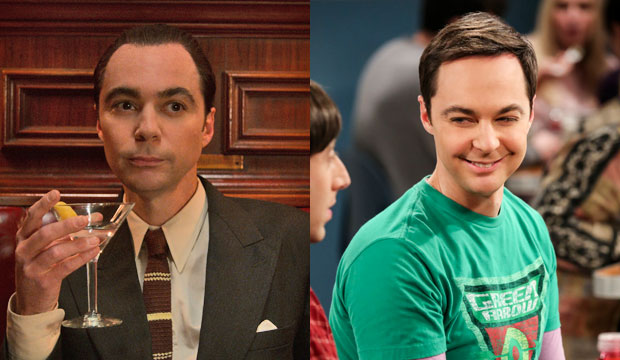 “Hollywood” is likely to be nominated for Best Limited Series at the Emmys, according to the combined predictions of thousands of Gold Derby users, but we think the prize it’s most likely to win is Best Movie/Limited Supporting Actor for Jim Parsons as lecherous talent agent Henry Willson. It’s the polar opposite of the role that won him four Emmys on “The Big Bang Theory,” lovably awkward scientist Sheldon Cooper, but that could actually help him win Emmy number-five.

Playing an unlikable character can be a double-edged sword at the Emmys. It gives you the opportunity to play juicy, diabolical, scenery-chewing scenes, but it also runs the risk of putting voters off. Consider Hugh Laurie (“House”) and Steve Carell (“The Office”), who never won despite playing two of the most iconic characters of the last 20 years, irascible doctor Gregory House and bumbling paper company manager Michael Scott, respectively.

SEEJoe Mantello (‘Hollywood’) on subject of repressed homosexuality: ‘We were really terrified by the scene’ [EXCLUSIVE VIDEO INTERVIEW]

But breaking bad can work, especially if it’s a drastic change of pace. Bryan Cranston won four times for his role as teacher-turned-drug-dealer Walter White on that very show, “Breaking Bad,” after he had previously been known for playing goofy dad Hal on “Malcolm in the Middle.” That’s similar to what Parsons does in “Hollywood.” Henry Willson can be loathsome even when he claims he’s striving to be a better person — he bullies, demeans and even sexually abuses his fresh-faced new client, Rock Hudson (played by Jake Picking) — but he’s so well known for playing Sheldon that voters may be doubly impressed by how far he stretches his dramatic muscles here.

As of this writing Parsons leads our predictions with 4/1 odds. Seven of the Expert journalists we’ve surveyed say that he’ll prevail: Thelma Adams (Gold Derby), Chris Harnick (E!), Matthew Jacobs (Huffington Post), Ed Martin (Media Village), Tom O’Neil (Gold Derby), Jazz Tangcay (Variety) and Susan Wloszczyna (Gold Derby). But two of his “Hollywood” co-stars are also in our predicted top six: Joe Mantello and Darren Criss, both with 12/1 odds. There’s a chance the three of them could split the vote if they’re all nominated, especially since Mantello and Criss play more sympathetic roles, but neither of their performances is as showy as Parsons’s. So Emmy voters may give the devil his due.