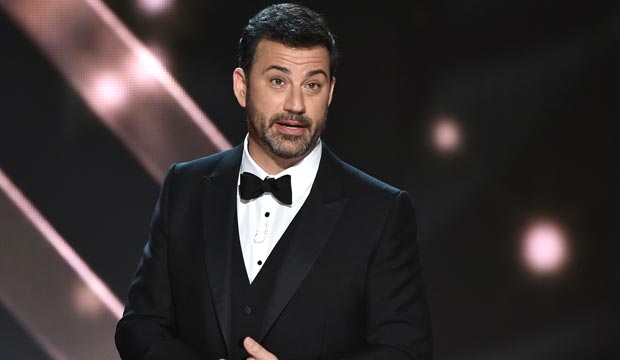 Jimmy Kimmel (“Jimmy Kimmel Live!”) will host and exec-produce this year’s Emmy Awards ceremony that will be televised on his home network (ABC). This is his third time as the emcee for TV’s highest honor. Last year, when the show aired on Fox, it went host-free.

Given the ongoing coronavirus pandemic, certain issues are up in the air– such as whether the Emmys will still take place on Sunday, September 20, and if the awards will be presented live and in-person or telecast as a virtual event. The Television Academy previously announced that the Creative Arts categories will be presented virtually. There will be no Governors’ Balls.

SEE5 new drama series to watch for in 2020 Emmy nominations: ‘The Morning Show,’ ‘The Outsider,’ ‘Euphoria’ …

The comic, who also executive produces ABC’s “Who Wants to Be a Millionaire” game show has had plenty of hosting experience besides the Emmys, including two tours of duty for the Oscars in 2017 and 2018. He also has filled the role of host for the 2012 White House Correspondents Association Dinner.

“We know Jimmy Kimmel will deliver a uniquely entertaining, funny and moving Primetime Emmys show,” said Karey Burke, president of ABC Entertainment. “He’s a true master of ceremonies who reveres this industry and its people. And just as Jimmy has done with his own show over the past few months, he will tackle this momentous event with heart and humor, and bring some much-needed joy and optimism to our television colleagues and viewers at home.”

The Television Academy will announce nominations on Tuesday, July 28.

Share your thoughts about whether Kimmel is the right entertainer for the job when most of the country is in dire need of humor, joy and reflection on current events more than ever.

Who do you think will be nominated? Make your Emmy predictions so that Hollywood insiders can see how their shows and performers are faring in our odds. You can keep changing your predictions as often as you like until the nominations announcement on July 28. And join in the fun debate over the 72nd Primetime Emmy Awards taking place right now with Hollywood insiders in our television forums.