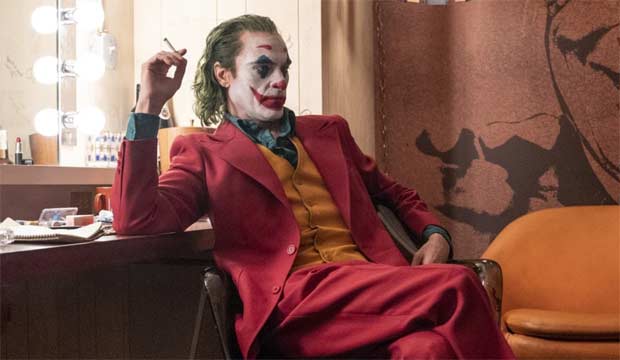 When Joaquin Phoenix accepted his lead drama actor Golden Globe award on Sunday night, he went against the grain of a trend that has been dominant in the decade that just came to a close. Instead of winning for a biopic — which is how he took home his first acting Globe when he played country legend Johnny Cash in 2005’s “Walk the Line” and won in the musical/comedy actor category — he claimed the gold this time as a fictional comic-book character who becomes Batman’s arch nemesis in the “Joker.”

The Hollywood Foreign Press Association has been kinder through the years to Phoenix than the Academy Awards voters have.  Besides “Walk the Line,” the former child star has been nominated three times for an Oscar for his dramatic performances in 2000’s historical epic “The Gladiator” and  2012’s religious cult drama “The Master,” but he has yet to take home a little gold man.

But the international journalists who decide who wins the Golden Globes nominated Phoenix for those efforts as well as two comedic roles in 2013’s “Her” and 2014’s “Inherent Vice.”

It is just the third time that a male performer has triumphed in the lead drama line-up at the Globes by not playing a real person since the dawn of the 2010s. Only George Clooney in 2011’s “The Descendents” and Casey Affleck in 2016’s “Manchester by the Sea” went against the grain of getting real on the big screen and came away as winners.

The drama actors who impressed the Hollywood Foreign Press Association with enactments of real-life figures?  Colin Firth as King George VI in 2010’s “The King’s Speech,” Daniel Day-Lewis as Abraham Lincoln in 2012’s “Lincoln,” Matthew McConaughey as Ron Woodroof in  2013’s “Dallas Buyers Club,” Eddie Redmayne as Stephen Hawking in 2014’s “The Theory of Everything,” Leonardo DiCaprio as Hugh Glass in 2015’s “The Revenant,” Gary Oldman as Winston Churchill in 2017’s “Darkest Hour” and Rami Malek as Freddie Mercury in  2018’s “Bohemian Rhapsody.”

It’s doubtful that this forsees a major switch from one of the most dominant film genres of the 21st century so far. Then again, given the caliber of actors doing comic-book-inspired movies these days, maybe Phoenix’s achievement might give such performances more cred when it comes to showbiz awards.

Sorry, Will Smith: Benedict Cumberbatch is going to win at the BAFTAs