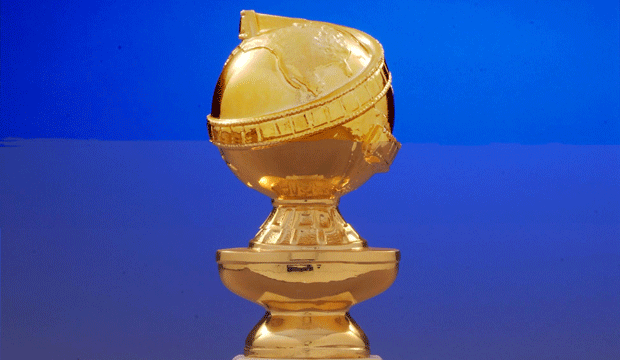 This year’s Golden Globes acceptances speeches were, as usual, a mixed bag of the incredibly uplifting, the laugh-out-loud hilarious and the head-scratchingly confusing. Of the six film acting winners and eight TV acting champs that were awarded during Sunday’s 77th awards ceremony, who do YOU think gave the best 2020 acceptance speech? Vote in our poll below and then defend your choice in the comments section.

The comedy lead champs were Taron Egerton (“Rocketman”) and Awkwafina (“The Farewell”). Egerton remarked how he wished he “would have written something,” then proceeded to thank everyone associated with the film, concluding with his “friend” Elton John. Ever the comedian, Awkwafina joked she could “sell” her Golden Globe one day if she ever fell on hard times.

The drama lead recipients were Joaquin Phoenix (“Joker”) and Renee Zellweger (“Judy”). Phoenix thanked the Hollywood Foreign Press Association for their climate-forward way of thinking, then got bleeped out three times for saying … something … we’re not sure. Zellweger reintroduced herself to the audience after being on a bit of an acting hiatus over the past two decades, before calling Judy Garland “one of the great icons” of all time.

Brad Pitt (“Once Upon a Time in Hollywood”) and Laura Dern (“Marriage Story”) took home the two film supporting prizes. Pitt gave a special shout-out to his four co-nominees and then saluted LDC, aka Leonardo DiCaprio, though he wished he would have “shared the raft” on “Titanic.” Dern breathlessly thanked her film’s auteur Noah Baumbach for telling the story about divorced parents fighting for their child.

SEEHow did Ricky Gervais do as 2020 Golden Globes host? [POLL]

For television, the comedy lead victors were Ramy Youssef (“Ramy”) and Phoebe Waller-Bridge (“Fleabag”). Youssef thanked “God and Hulu” at the podium and then confessed he was well aware no one in the crowd had “seen [his] show.” In her speech, Waller-Bridge notably thanked co-star Andrew Scott, who she said could have “chemistry with a pebble.”

The two television drama lead winners were Brian Cox (“Succession”) and Olivia Colman (“The Crown”). Believe it or not, this was Cox’s very first Golden Globe, which explains why he was a “wee bit shocked” to be standing at the podium. Colman noted she felt as though she just “won someone else’s award.” Inexplicably, she forgot to mention “The Crown” at all, but instead gave a shout-out to “Fleabag” winning earlier.

Russell Crowe (“The Loudest Voice”) and Michelle Williams (“Fosse/Verdon”) walked off with the limited series/TV movie lead races. Since Crowe was at home in Australia protecting his family from the devastating fires, he was allowed to submit his acceptance speech in advance, which centered on climate change. Williams declared in her speech about the importance of a woman’s right to choose, “As women and as girls, things can happen to our bodies that are not our choice.”

Finally, the two supporting TV trophies went to Stellan Skarsgard (“Chernobyl”) and Patricia Arquette (“The Act”). Skarsgard joked at the podium, “I was so sure that I shouldn’t win so I already thanked everybody.” Arquette got political in her speech, mentioning our country is on “the brink of war” and Australia being “on fire,” then begged that we give our kids “a better world.”