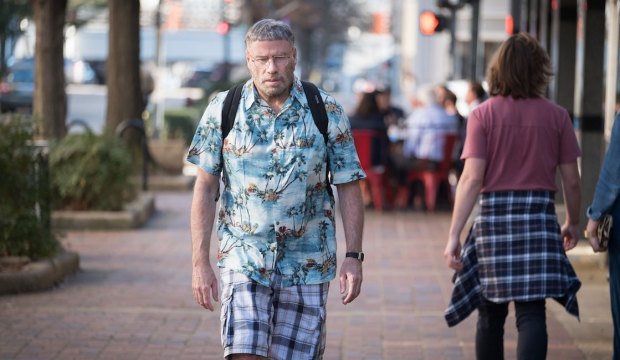 John Travolta has been a repeat offender at the Razzies, earning 14 nominations over the course of his career, including Worst Actor of the Decade for both the 1980s and 2000s. But mercifully the only times he won were his nominations for 2000’s “Battlefield Earth.” However, we think he’ll be back in the winner’s circle — if you can call it that — this year for both “The Fanatic” and “Trading Paint.” He’s the odds-on favorite for Worst Actor based on the combined predictions of Gold Derby users.

The L. Ron Hubbard-based sci-fi film “Battlefield Earth” was a notorious critical and commercial flop — its MetaCritic score was 9 out of 100, and it’s one of the 15 lowest rated films on IMDb. It won all seven Razzie categories it was nominated in, including Worst Picture, Worst Actor and Worst Screen Combo for Travolta. Travolta’s acting prize was actually awarded to him jointly for “Battlefield” and the comedy “Lucky Numbers.”

Now he’s nominated for a pair of performances again. In “The Fanatic” he stars as an obsessed movie-lover who stalks his favorite actor (Devon Sawa); that film is also up for Worst Picture and Worst Director (Fred Durst, who’s best known for doing it all for the “Nookie” as the lead singer of Limp Bizkit). And in “Trading Paint” he plays a veteran race car driver coming to terms with his family and his sport; this is the only Razzie nomination for that film, so it seems that the widely ridiculed “Fanatic” (18 on MetaCritic) is the one that really put a target on the actor’s back.

As of this writing Travolta gets leading odds of 16/5. He’s predicted to win by most of the Expert journalists we’ve surveyed and all of the Editors who cover awards year-round for Gold Derby. He’s followed by Razzie darling Sylvester Stallone (“Rambo: Last Blood”) with 19/5 odds. Do you agree with our consensus? Is there anyone we’re underestimating?