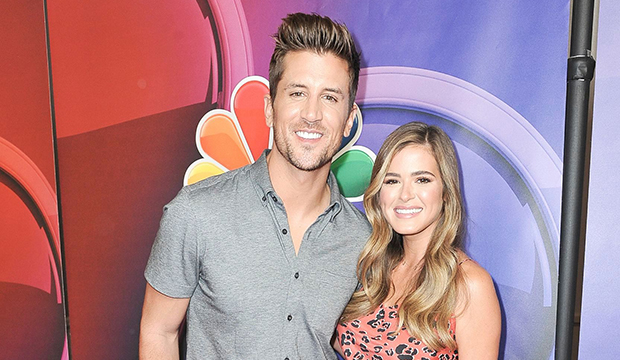 JoJo Fletcher and Jordan Rodgers are one of six “Bachelorette” couples that are still together — but that nearly wasn’t the case.

During their interview with Chris Harrison on Monday’s “The Bachelor: Greatest Seasons — Ever!”, which featured Fletcher’s installment of “The Bachelorette” in 2016, the couple revealed that they almost called it quits during the first year of their relationship.

“Our first year after the show was very difficult. We went through a lot of different struggles,” Fletcher shared. “There was a point in that first year where it was like, ‘Whoa, can we even do this?'”

Rodgers said they eventually sat down and talked through their issues. “We were like, ‘We love each other, but is that enough right now?'” he said. “It was a fork in the road and we chose to stay together and we’re better for it, but it was not easy.”

He told his fiancée: “The love I have for you now that we’ve been through all of that is only going to get more with kids, marriage and everything that comes with that.”

The pair did stay together, going on to host the CNBC house-flipping show “Cash Pad” last year, and currently live together in Dallas  They were supposed to marry on June 13, but their wedding has been postponed because of COVID-19. “We’re kind of resetting that excitement again. We pushed it to 2021,” Fletcher said.

The delayed nuptials didn’t stop Harrison from celebrating: He got Fletcher’s parents to surprise the couple with a wedding cake. “Jordan and JoJo, I now pronounce you almost ready to get married,” Harrison said. “Happy almost wedding day!”