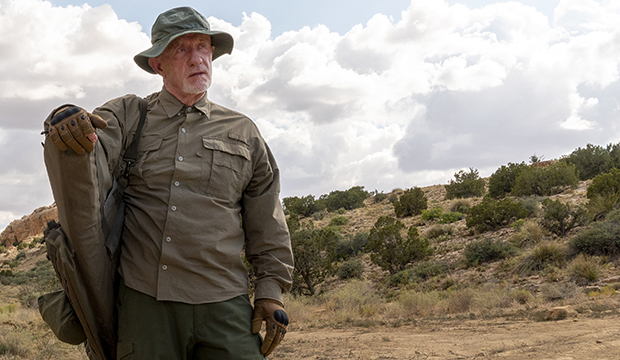 Even though Jonathan Banks is a six-time Emmy nominee in Best Drama Supporting Actor, he still has yet to take home a trophy — a dubious record he shares with Ed Begley Jr. Banks’ bids are spread out over three shows — “Wiseguy” (1989), “Breaking Bad” (2013) and “Better Call Saul” (2015-17, 2019) — while Begley’s were all for “St. Elsewhere” (1983-88). According to Gold Derby’s Experts from major media outlets, Banks should finally dust off his Emmy speech this year as he’s the odds-on front-runner to win on what would be his seventh nomination.

In the fifth season of AMC’s “Better Call Saul,” Bank’s character Mike Ehrmantraut has more screen time than ever, particularly as he grows closer with meth kingpin Gus Fring (Giancarlo Esposito). Mike’s personal stress soon affects his relationship with his daughter-in-law and his granddaughter, and when he lashes out at street thugs he finds himself waking up in mysterious surroundings. Near the end of the season he gets stranded in the desert with Saul Goodman (Bob Odenkirk) and the men have to struggle against the elements and the drug cartel in order to survive.

The other Experts are split a whopping five different ways, making Best Drama Supporting Actor one of the more unpredictable categories at the 2020 Emmys. Here’s how the other votes fall: