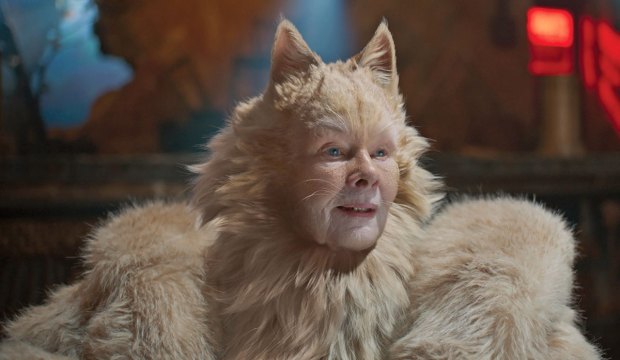 It might be a bit surprising to see the beloved Judi Dench in contention for an award calling out the worst achievements in film, but such was the effect of “Cats,” the widely ridiculed movie musical that leads this year’s Razzie noms. The good news, though, is that even if she wins she’ll be in good company. More than a dozen Oscar-winning actors have won Razzies too.

Dench, a Best Supporting Actress winner for “Shakespeare in Love” (1998), is now up for Worst Supporting Actress for her role as Old Deuteronomy, the leader of the Jellicle cats who was actually played by male actors on Broadway and the West End. This Razzies category alone has gone to Oscar winners Faye Dunaway (“The Temp,” 1993) and Kim Basinger (“Fifty Shades Darker,” 2017).

Dunway also won Worst Actress for “Mommie Dearest” (1981). That category has gone to even more Oscar champs: Liza Minnelli for “Arthur 2: On the Rocks” and “Rent-a-Cop” (1988), Halle Berry for “Catwoman” (2004) and Sandra Bullock for “All About Steve” (2009). Berry and Bullock actually showed up in person to accept their Razzies, and Bullock actually won hers the same weekend she won her Oscar for “The Blind Side.”

The first Oscar-winner to claim Worst Actor was actually one of the most revered actors in cinema history: Laurence Olivier for “Inchon” (1982). He was followed by Roberto Benigni for “Pinocchio” (2002). A few other Oscar champs won Worst Actor including Prince for “Under the Cherry Moon” (1986); Kevin Costner for “Robin Hood: Prince of Thieves” (1991), “Wyatt Earp” (1994) and “The Postman” (1997); and Ben Affleck for “Daredevil,” “Gigli” and “Paycheck” (2003). But those three won their Oscars in categories besides acting: Prince for music, Costner for directing and producer and Affleck for writing and producing.

SEERazzies fall from grace: Will Tom Hooper (‘Cats’) become the 3rd to go from Best Director to Worst Director?

So Dench would be far from the only one recognized for their best and their worst work, and it’s comforting to know even the best of us have bad days on the job. But the good news for her is that her “Cats” co-star Rebel Wilson appears likelier to win Worst Supporting Actress, at least according to the combined predictions of Gold Derby users. Do you think Dench will be spared on her first ever Razzie nomination?