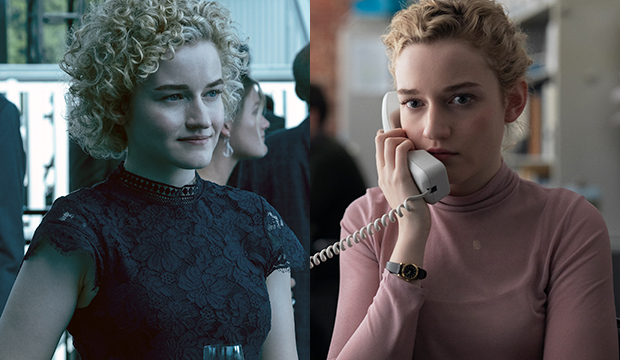 Following her second consecutive Emmy win for “Ozark,” Julia Garner now has the opportunity to extend that goodwill at the upcoming winter award season with not one but two Golden Globe nominations.

One would be for her work in the third season of “Ozark,” on which she plays spitfire Ruth Langmore, while the other would be for “The Assistant,” a critically acclaimed independent film, in which Garner stars as an assistant working at a film production office who suspects her boss may be a sexual predator. Both projects show the depth of Garner’s range and could impress Hollywood Foreign Press Association voters enough to net the actress her first two Golden Globes bids.

It’s looking good for Garner to snag a Globe nomination for “Ozark.” Even though she’s been snubbed in the past, she recently moved up to fifth place in Gold Derby’s odds and now the double Emmy champ holds an obvious Globe I.O.U.

Getting recognized for “The Assistant” will be more challenging since she’s competing in a category crowded with award icons like Viola Davis (“Ma Rainey’s Black Bottom”) and Frances McDormand (“Nomadland”). But Garner’s performance was widely praised in a film that scored well with the critics (92% at Rotten Tomatoes). Garner, portraying a junior office assistant haunted by sexual harassment, gives a powerfully internalized performance as she becomes overwhelmed with “the specific, nauseating feeling of both complicity and powerlessness – telegraphed so beautifully on Garner’s features,” noted the London Independent. “You can see mountains caving in within those bright, blue eyes. They water up, but the tears never find release.”

2020 being such an unconventional year for movie-watching might also give a film like “The Assistant” a greater chance of being seen. The film was released in theaters in January and has since become widely available to watch on Hulu. With such a relevant subject matter combined with Garner’s rising stardom, voters might be willing to pay closer attention. 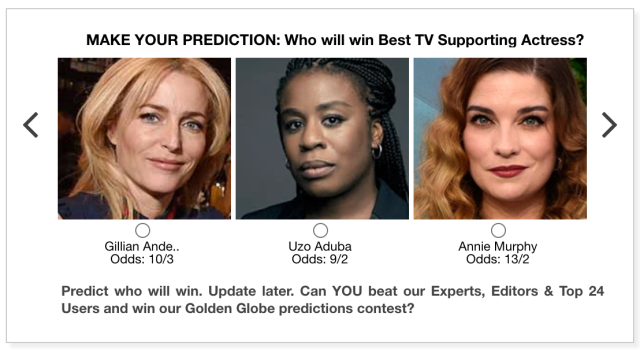