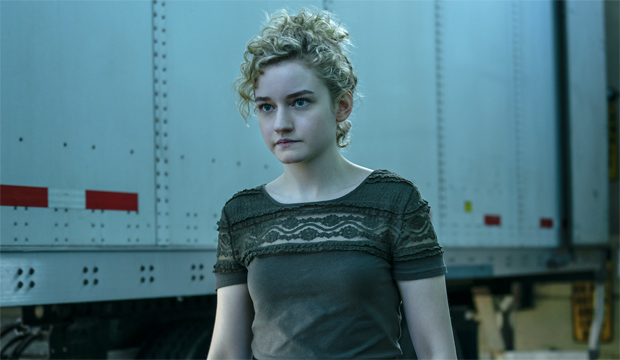 Julia Garner continues to add new layers to her spitfire performance as Ruth Langmore on Netflix’s “Ozark,” resulting in another Emmy nomination following her Drama Supporting Actress triumph last year. Yet, the odds are not in her favor to win again, with Helena Bonham Carter (“The Crown”) being predicted by more Gold Derby users than the seven other women in her category combined.

I’m not entirely convinced that Carter will take the crown after all on Sunday, September 20, especially if voters really watch Garner’s work in “Ozark’s” wildly acclaimed third season. Below are four reasons why I’m going with Garner for the repeat win at the 2020 Emmys. (Watch Gold Derby’s recent interview with Garner.)

The Emmys are notorious for their repeat winners, for better or for worse. While we haven’t seen an incumbent Drama Supporting Actress champion win again the very next year since “Breaking Bad’s” Anna Gunn (2013-14), numerous categories just last year resulted in winners who had just won the year before. This year’s Drama Supporting Actress category is stacked with powerhouse women, but if Emmy voters don’t know who to pick, it’s easy to imagine them defaulting back to last year’s victor.

2. Her profile is rising

Garner has gradually risen her profile ever since winning her Emmy last year. She starred in the indie film “The Assistant,” which was released in January to great acclaim, especially for her performance. She went on to star in an episode of Amazon’s “Modern Love” and lent her voice to “Robot Chicken.” Garner also had a cover story for “The Hollywood Reporter” last month. All of this visibility will surely help garner goodwill for the actress, with very few of her supporting actress competitors having a similar push.

3. Her material got even better

Even without those stats and her upward trajectory, the wealth of material Garner has to work with in Season 3 would be enough to push her over the edge. We get to see Ruth in a new environment as the manager of the Missouri Belle riverboat casino, though she isn’t always able to suppress her reckless behavior. Throughout the season, we watch her become disillusioned with the Byrdes and very memorably quits working with them. There is such showiness in Garner’s performance, working just as well when she’s spouting hilarious F-bomb laden phrases and examining Ruth’s more vulnerable side.

4. She is even more of an underdog this season

When “Ozark” began in 2018, there were numerous comparisons to “Breaking Bad,” with a mostly comedic actor becoming a cable drama antihero in over his head, the blonde wife and the impulsive but trusted sidekick. The Netflix drama has mostly evolved from those surface-level comparisons, but we could see history repeating when it comes to the Emmys, at least in terms of that trusted sidekick. Aaron Paul won three Emmys for his work on “Breaking Bad” as Walter White’s sidekick, Jesse Pinkman, with voters and fans alike loving his underdog status, which applies to both actor and character. The same could be said for Garner and Ruth. “Ozark” features many other characters that verge on unlikable and make bad choices, while there is a compelling rooting factor for Ruth. We could very easily see Garner reap the benefits of playing a character that voters simply like. Sometimes that can be enough.