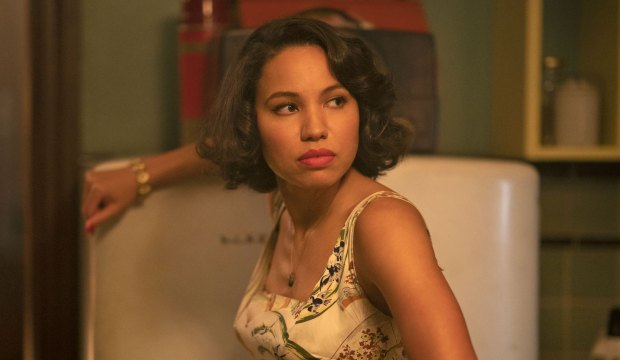 How interesting that two of my favorite pieces of pop culture made by Black women about literal Black girl magic both star Jurnee Smollett: the underappreciated 1997 independent film “Eve’s Bayou” and the 2020 HBO drama series “Lovecraft Country.” The two projects are markedly different, but have in common their fiercely committed lead performances by Smollett.

Smollett was only 11 when “Eve’s Bayou” opened, and she won a Critics’ Choice Award for Best Child Performance for playing the title character, who puts a curse on her father (Samuel L. Jackson) after hearing that he tried to molest her sister (Meagan Good). Directed by Kasi Lemmons, that film was a powerful exploration of a child struggling to understand adult betrayals, and it all rests on the actress’s young shoulders.

Smollett has been working steadily ever since, and in “Lovecraft Country,” Misha Green‘s adaptation of Matt Ruff‘s novel, the now 34-year-old actress plays Leti, a wayward photographer who is pulled into a supernatural mystery stretching back to the era of slavery. The series blends magic and monsters into the everyday horrors experienced by African-Americans in the 1950s, but amid all its sci-fi and fantasy set pieces the cast keeps the series grounded in human reality.

SEEAwards spotlight: Brendan Gleeson is tremendous, believe me, as Donald Trump in Showtime’s ‘The Comey Rule’

This is particularly true of Smollett, whose Leti is trying to overcome a dysfunctional upbringing but may have inherited some of her mother’s self-destructive impulses. With that reckless abandon, though, comes a gritty core that makes her one of the show’s most resilient characters. Smollett especially shined in episode three, “Holy Ghost,” where she unleashes rage at the ghost of a white scientist who tortured and killed Black test subjects. And in the season finale episode, “Full Circle,” her performance is just as visceral as she casts a spell against a witch threatening her and her family.

In both cases, the pain and righteous anger Smollett channels against evil spirits is just as much directed at the systems of white supremacy America was built on. Her performance carries the weight of generations of oppression and demands to reclaim that historic power for generations to come. It’s like Eve grew up and learned to channel her power, and there’s no stopping her now.