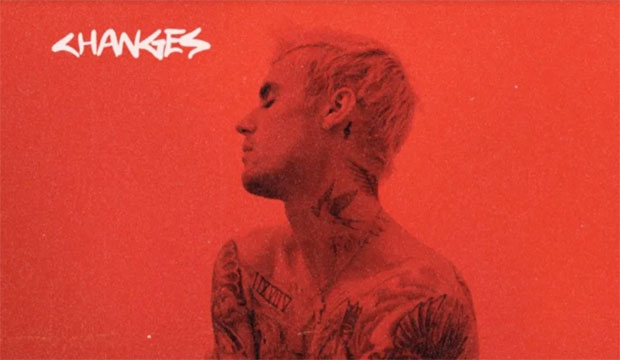 Justin Bieber dropped his new album “Changes” on February 14 — Valentine’s Day. That’s fitting since the album contains odes to Hailey Baldwin, whom he married in 2018. Does it also mark a change in his musical style almost five years after the release of his last studio album, “Purpose”? And what do critics think of the creative direction he’s going in?

The reviews have been coming in, and as of this writing the album has a MetaCritic score of 58 based on seven reviews counted so far: three positive and four somewhat mixed, though none outright negative. That’s his lowest score yet not counting his 2011 holiday album “Under the Mistletoe.” But it’s actually not that far off of his usual critical standard. Consider that “Purpose” was his biggest commercial hit and a Grammy nominee for Album of the Year, but only scored five points higher on the review aggregator.

The lead single from the album, “Yummy,” was released on January 3 and debuted at number-two on the Billboard Hot 100 singles chart despite Bieber’s aggressive efforts to get it to number-one in that debut week. How will fans greet the rest of the album? It currently has a 6.1 user score on MetaCritic, which is not far off of its critical average, though there’s probably a good chance of a number-one debut for “Changes” even though that eluded “Yummy.” Check out some of the reviews below, and join the discussion on this and more with your fellow music fans here in our forums.

SEESelena Gomez is in ‘Rare’ form: Reviews say she ‘dances out the toxins’ in ‘one of the best pop albums in recent memory’

Jeremy Helligar (Variety): “That boy can sing. He’s a blue-eyed soul stirrer who somehow always has avoided sounding like a white guy trying to pass for black. His R&B tendencies are natural and unforced and, most importantly, never gratuitously flashy. And he’s never sounded better than he does on ‘Changes,’ his fifth studio album.”

Jon Caramanica (New York Times): “Can you be a superstar, and also in hiding? That’s what he’s attempting on ‘Changes,’ his sinuous, meditative and largely impressive fifth studio album … He finally stakes his claim, honing a vocal approach that’s soothing, tender although maybe slightly tentative, a middle ground between comfort and reluctance. It is an effective album, and also a deliberately unflashy one.”

Alexis Petridis (The Guardian): “You find yourself wondering if the man behind it really wants to be as successful as he was … It just feels subdued and unassuming, which are curious things for mainstream pop to be. It’s a tentative, rather than all-guns-blazing, return, with a by-any-means-necessary bubblegum single dutifully tacked on to throw his record label a bone.”

Roisin O’Connor (The Independent): “A number of songs about his new wife are so uninspired that he may as well be declaring his love for a household appliance … Even as he sings about the big themes – love, God … his love for God – that voice is strangely characterless … This isn’t so much an album that would rile you to the point of turning it off. Rather, it washes over you, with its mostly average beats (‘Forever’ is a rare exception) and seemingly random cluster of guest features.”