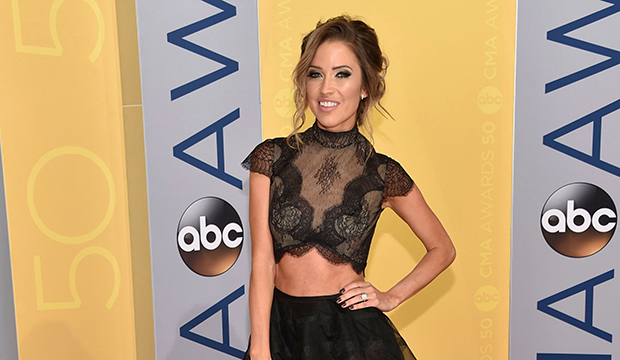 Kaitlyn Bristowe waited five years for her “Dancing with the Stars” dream to come true, a turn of events that she says “feels like a wrong has been made right.”

Chris Harrison shocked the Season 11 “Bachelorette” star on Monday’s “The Bachelor: Greatest Seasons — Ever!” when he told Bristowe that she’d be on “Dancing” Season 29 — three years after she claimed that “Bachelor” creator Mike Fleiss blocked her from going on the show in 2015 following her rose-giving stint.

“I just think it goes to show if you’re resilient and you always are strong with what you believe in and fight for what you want — and as long as you are a good person doing those things — even if it takes five years, something good will come from it,” Bristowe told “Entertainment Tonight” (watch below).

Exacerbating Bristowe’s frustration was the fact that Bachelors were frequently tapped to do “Dancing” — Jake Pavelka,  Sean Lowe, Chris Soules and Nick Viall have all competed, as have “Bachelorette” and “Bachelor in Paradise” fan favorite Joe “Grocery Store Joe” Amabile — but Bachelorettes were constantly overlooked. Inaugural Bachelorette Trista Sutter was the only to hit “Dancing” — in its debut season — until last year when Hannah Brown won. (Melissa Rycroft, who was dumped by Jason Mesnick after he chose her on the Season 13 finale of “The Bachelor,” is the only other female alum to do “Dancing” — twice, winning the all-stars season.) Bristowe called Brown’s casting last summer “long overdue” for another female lead.

By that point, according to Bristowe, she had moved on from her “Dancing” dream. “I obviously had a few situations with Fleiss where we bumped heads and didn’t get along or didn’t agree, and I did go through a point where I was super frustrated because these male leads kept getting it, and I was told I couldn’t,” she said. “And then I got to a point where I was like, ‘You know what? That probably wouldn’t have been a great time for me to go on anyways. I just got off [‘The Bachelorette’], don’t want to jump into another one. I’ll let it go.'”

The spin instructor, who forewent college to pursue dance, credits her fans for rallying behind her over the years even as she had given up, making the announcement even more of a shock. “I love surprises. It’s hard to surprise me and I honestly just had zero idea, and I love that it caught my genuine reaction,” she said of her stunned reaction. “I love that I will always be able to look back on that moment, and it was really, really special.”

And after that drama, Bristowe and Fleiss are also starting anew. “I actually emailed Mike Fleiss this morning and [ABC head of alternative programming] Rob Mills, just saying, ‘It’s been a long few years. We’ve had some miscommunications, if you will, and I just wanted to say thank you for for giving me the opportunity,'” she revealed. “[Fleiss] said that he was so happy to hear from me and he would love to have a conversation. And I think we’re friends now.”

As for “Dancing,” Bristowe is prepping by cutting down on wine and hiring a trainer. “I know they’re planning on the fall,” she said of the season, which, like everything, has to make adjustments due to the coronavirus pandemic. She doesn’t know who her partner is yet, but unfortunately, her dream partner, six-time champ Derek Hough, left the show after the 23rd season in 2016 and is currently on “World of Dance.”

“I’m like, ‘Can you just pull him in for one season and have me dance with him?'” she joked. “No, I’ll be happy with whoever they partner me with. I just feel like they’re all incredible. They have to be to be on that show. So, my [new] dream partner could be just whoever they put me with.”