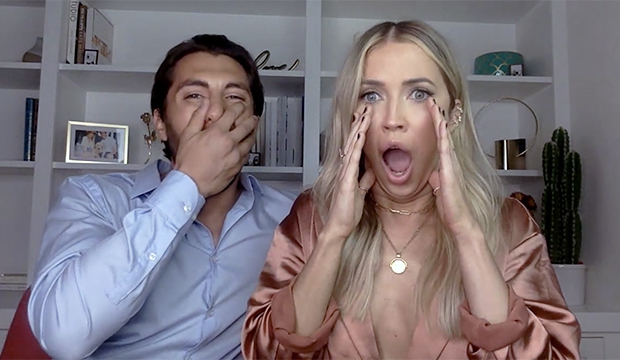 Kaitlyn Bristowe has accepted this dance: The former Bachelorette will be on the next season of “Dancing with the Stars.”

The surprising announcement came on Monday’s “The Bachelor: Greatest Seasons – Ever!”, which revisited Bristowe’s installment of “The Bachelorette.” During her interview alongside beau Jason Tartick, Chris Harrison told her that her “life was about to change” and asked a “very, very real question”: “Kaitlyn, will you be on the next season of ‘Dancing with the Stars’?”

Both Bristowe and Tartick proceeded to lose their minds, and she, of course, said yes. “OK, play it cool, Kaitlyn, play it cool,” she told herself. “Are you serious?! I’m shaking! Oh my gosh! I’m literally freaking out!”

She's been ready ✨ Watch @kaitlynbristowe take the stage during this season of #DWTS! pic.twitter.com/bzxjalNpaG

Bristowe is the first celebrity announced for Season 29 of “Dancing,” which is still figuring out how and if it can air in the fall in the middle of a pandemic.

Bachelor Nation knows “Dancing” has long been a dream for Bristowe. In February 2017, she revealed on Twitter that she was offered to do “Dancing” in 2015 after her season of “The Bachelorette,” but “Bachelor” creator Mike Fleiss blocked her. According to Bristowe, he said he didn’t want “people wanting fame after his show.”

Actually I was offered it, had the contract & Mike Fliess told me I wasn't allowed.He said he didnt want people wanting fame after his show🤔 https://t.co/nSzricohi4

Fleiss responded that Bristowe “has my total support if she wants to appear on DWTS!!!”

“Thanks I’ll get right on that opportunity 2 yrs ago. I wonder what changed your mind?” she replied.

Thanks I'll get right on that opportunity 2 yrs ago. I wonder what changed your mind? 🙄 https://t.co/8QMr8XHsIO

Last October, while on “Dancing” alum Nikki Glaser‘s “Talkhouse” podcast, the spin class instructor called Fleiss a “piece of sh–” for preventing her from doing the show.

After Hannah Brown was cast on “Dancing” last summer, becoming just the second Bachelorette to hoof it, Bristowe called the casting “long overdue,” as four Bachelors, plus Joe “Grocery Store Joe” Amabile, have tried to go for the Mirrorball.