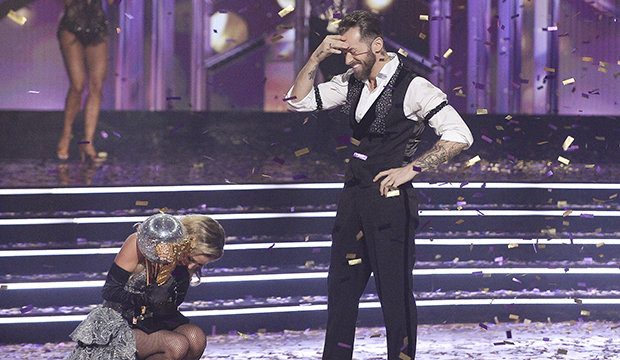 You know how “The Bachelorette” has had more success stories than “The Bachelor”? Well, it’s no different when it comes to “Dancing with the Stars.” The women of Bachelor Nation continue to crush it on the hardwood as Kaitlyn Bristowe literally followed in Hannah Brown‘s footsteps on Monday by taking home the Mirrorball trophy. That’s back-to-back Bachelorette champs and the third woman overall, while the guys still have a big fat goose egg.

Bristowe joins Brown and Rycroft as the only Bachelor Nation stars to win “Dancing,” but she’s the second Bachelorette since Rycrfot never headlined the show. Rycroft replaced an injured Nancy O’Dell at the last second before the Season 8 premiere, which was shortly after the “Bachelor” Season 13 finale, during which Jason Mesnick proposed to Rycroft, but then revealed on “After the Final Rose” that he had since broken up with her to date runner-up Molly Malaney. Rycroft made it to third place and then won the whole thing when she returned for the first and only all-stars outing in Season 15.

The only other Bachelor Nation female to lace up her dancing shoes is Sutter, the inaugural Bachelorette who has the dubious distinction of being the first person eliminated on the show during its six-person debut season. Even so, the ladies have a far better batting average than the guys, who’ve had more chances in a shorter timespan. All the men — all of whom were Bachelors except for Grocery Store Joe — have been mediocre at best (which was the best for Grocery Store Joe) and were all axed around the same time before it got to the nitty-gritty.

The gender disparity was a point of contention for Bristowe, who called Brown’s casting last year “long overdue.” Bristowe has her own roller-coaster journey with “Dancing”: She was offered to compete in Season 21 in 2015 after her season of “The Bachelorette,” but claimed “Bachelor” creator Mike Fleiss blocked her from accepting. Not only that, but she was supposed to be paired with Artem Chigvintsev, so neither ended up being in that season. Five years later, the “Dancing” gods finally put them together, and they won.

Bristowe made it three “Dancing” seasons in a row with a Bachelor Nation star. Will TPTB make it four in a row next year? The fan base is obviously there to carry them far, regardless if they can dance or not, but maybe give some other folks a shot, guys.