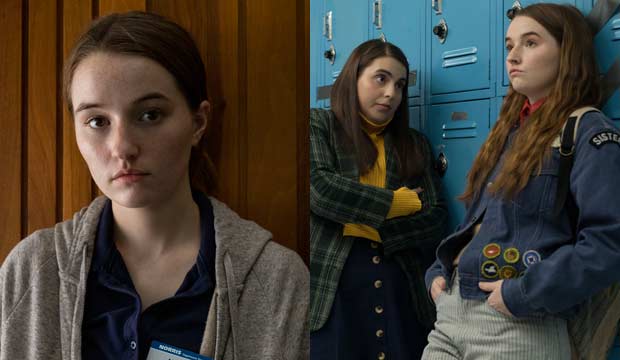 Kaitlyn Dever earned her first Golden Globe nomination this year: Best TV Movie/Limited Actress for her role as a sexual assault survivor in Netflix’s “Unbelievable.” But can she win for it? The Hollywood Foreign Press Association could essentially honor her for two performances for the price of one since she also co-starred in the film “Booksmart.”

It’s fairly common for an actor to be nominated for multiple projects at the Globes and then to win for one of them. In this category alone Kate Winslet won in 2012 for the HBO limited series “Mildred Pierce” when she was also nominated for her film role in “Carnage.” Before that Helen Mirren earned a trio of nominations in a single year in 2007; she won this race for “Elizabeth I,” where she was also nominated for “Prime Suspect: The Final Act,” and she won Best Film Drama Actress for “The Queen.”

Granted, Dever didn’t earn a second nomination for her “Booksmart” role, but we know voters watched the film and liked it because they nominated her co-star Beanie Feldstein. Choosing a favorite between those co-leads is like “Sophie’s Choice,” but it’s possible voters picked Feldstein for that nom knowing they could honor Dever for “Unbelievable” instead. Now when picking their winners they’re likely to have both of her performances in mind.

Nevertheless, Michelle Williams (“Fosse/Verdon”) is the current favorite to win, according to the combined predictions of Gold Derby users. She just won the Emmy, and the Golden Globes often like to jump on the bandwagon for movie/limited series Emmy champs: in recent years they rubber-stamped Sarah Paulson (“The People v. O.J. Simpson”) and Nicole Kidman (“Big Little Lies”) following their awards from the TV academy.

Dever also faces a potential vote split with her co-star Merritt Wever, who is also nominated in this category for her role as a crusading detective. However, “Unbelievable” is the most nominated limited series of the year with four bids — tied with “Chernobyl,” which luckily doesn’t have a lead actress. Since “Chernobyl” is the favorite to win Best TV Movie/Limited Series, this category might be the best place to honor “Unbelievable,” and Dever’s role as a young woman victimized by her assailant and then by the justice system is the show’s centerpiece.

Do you think we’re underestimating a potential Dever upset after her one-two punch of acclaimed performances?