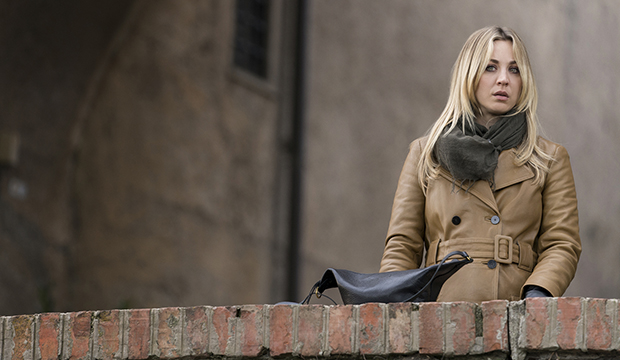 The predicted Best TV Comedy/Musical Actress Golden Globe lineup has had the same five names for a while — Catherine O’Hara (“Schitt’s Creek”), Elle Fanning (“The Great”), Christina Applegate (“Dead to Me”), Issa Rae (“Insecure”) and Jane Levy (“Zoey’s Extraordinary Playlist”) — but don’t be shocked if it experiences some turbulence soon. Since “The Flight Attendant” premiered on Thanksgiving on HBO Max, Kaley Cuoco has ascended (OK, we’ll stop) all the way to seventh place, behind Lily Collins (“Emily in Paris”) in sixth. In our Screen Actors Guild Awards odds, she’s in 11th place. And you would be making a choice as bad as one of Cassie’s on the show if you don’t even consider Cuoco.

Based on the Chris Bohjalian novel of the same name, “The Flight Attendant” follows Cassie Bowden (Cuoco), a hard-partying hot mess of a flight attendant who always makes sure she has vodka and a guy within reach. She hooks up with a passenger, Alex Sokolov (Michiel Huisman), aka 3C, in Bangkok and wakes up the next morning to his dead bloody body with no memory of the night before. Chaos, intrigue, mystery and more murder ensue.

Featuring a jaunty score and snappy editing, “The Flight Attendant” is a highly addictive dark comedy that has a tremendous handle on its tone, which can veer from outright hilarious to grim and bonkers to sexy, and it works primarily because of Cuoco. The “Big Bang Theory” alum gives a career-best performance as Cassie, an unreliable-as-hell narrator who does a lot of dumb things, like clean up the crime scene or attend Alex’s memorial. But you’re always on her side, thanks to Cuoco deploying those killer comedy chops she’s been honing since her “8 Simple Rules” days and her deft control of the dramatic, darker material as Cassie confronts some lifelong trauma she never realized she had. She’s backed by an aces supporting cast, including Rosie Perez, Zosia Mamet and Michelle Gomez, who’d also be a deserving supporting actress nominee.

Cuoco is also arguably due for some awards recognition. While her “Big Bang” co-stars Jim Parsons, Johnny Galecki and Mayim Bialik were all Emmy-nominated (with Parsons winning four times), Cuoco was overlooked during the show’s entire 12-year run. Her biggest honors were two Critics’ Choice Awards nominations, with one win. A TV veteran, she’s no newcomer or ingénue, a profile that the Hollywood Foreign Press Association loves, but “The Flight Attendant” is a re-coming-out party for her — a sort of wake-up call that maybe we’ve all been taking her for granted.

Plus, “The Flight Attendant” is precisely the type of buzzy new show the Globes would love to put its stamp on first. SAG would be tougher, since there’s only one comedy actress category and its voters are more creatures of habit, but Cuoco is a six-time nominee as part of the “Big Bang” ensemble.

If there’s no awards liftoff this year, there will very likely be a chance to rectify that. While HBO hasn’t renewed the show yet, Cuoco, who is also an executive producer, has always said they have plans for a second season, and Season 1 wrapped Thursday with lots of potential story opportunities. 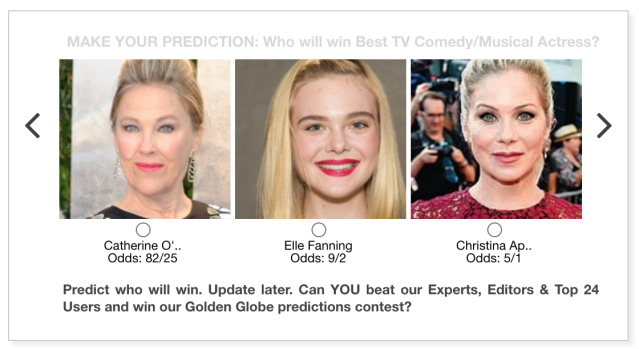