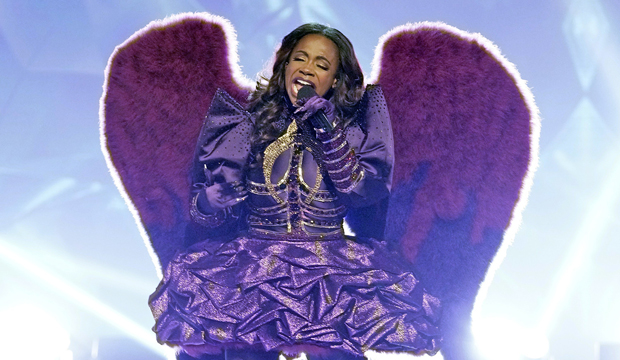 The performances are done, the masks have come off, Ken Jeong gave his last wrong guess and when all the smoke had cleared, the Night Angel was named the winner of the third season of “The Masked Singer” and revealed to be Grammy-winning singer-songwriter and reality TV star Kandi Burruss. Burruss brought the season to a close on Wednesday night’s finale with her performance of “River Deep, Mountain High” by Tina Turner.

But now that Season 3 is in the books, there’s only one question left to ask: Do YOU think Burruss was justified in winning, or should the Golden Mask have gone to someone else? Vote in our poll below.

Burruss’ season was filled with show-stopping performances right from the start that made her an early favorite to win. Her captivating performances included “You Give Love a Bad Name” by Bon Jovi, “Million Reasons” by Lady Gaga, “Shout!” by The Isley Brothers, “Rise Up” by Andra Day, “Man! I Feel Like a Woman” by Shania Twain, “Black Velvet” by Alannah Myles, “Last Dance” by Donna Summer and “How to Love” by Lil Wayne.

Our runner-up for the show’s third outing was the Turtle, whose true self was shown to be pop singer Jesse McCartney. McCartney earned his way in the competition by delivering crowd pleasing performances of “Kiss From a Rose” by Seal, “Say You Won’t Let Go” by James Arthur, “There’s Nothing Holdin’ Me Back” by Shawn Mendes, “Higher Love” by Steve Winwood, “Let it Go” by James Bay, “Stay” by Alessia Cara, “Fix You” by Coldplay, “Jealous” by Nick Jonas and “Before You Go” by Lewis Capaldi.

The third place finisher was the dancing sensation that was the Frog, who turned out to be rapper-television personality Bow Wow. Bow Wow got to the finale by turning in dancing showcases of songs including “U Can’t Touch This” by MC Hammer, “In Da Club” by 50 Cent, “You Dropped a Bomb on Me” by The Gap Band, “Jump” by Kris Kross, “Fireball” by Pitbull, “Whatever it Takes” by Imagine Dragons, “Bust a Move” by Young MC, “Hip Hop Hooray” by Naughty by Nature and “Bad Boy for Life” by Black Rob, Mark Curry and P. Diddy.

Just like the past two seasons, the finale was also a night of high emotions for the judging panel of Robin Thicke, Jenny McCarthy, Nicole Scherzinger and Ken Jeong. The touching stories that each performer told about overcoming obstacles both external and internal brought several of them to tears.