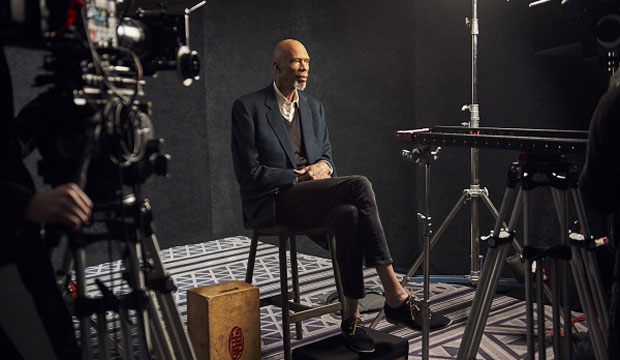 The Michael Jordan documentary series “The Last Dance” was one of the year’s most talked about sports programs on TV, but he’s not the basketball star who could actually win an Emmy this year. That would be Kareem Abdul-Jabbar, who’s nominated for Best Narrator for the one-hour documentary “Black Patriots: Heroes of the Revolution.” That makes him a rare sports star to cross over into show business recognition. And his voice could especially resonate with voters at a time amid protests that have increased public consciousness about Black lives and Black history.

“Black Patriots” aired on the History Channel in February for Black History Month, and it told the story of African-Americans who were important figures in the American Revolution including Boston Massacre victim Crispus Attucks, slave-turned-soldier Peter Salem, author Phillis Wheatley and revolutionary spy James Armistead Lafayette. Rewarding Abdul-Jabbar here could serve to doubly honor his work on the documentary; he’s the only nominee for Best Narrator who’s also an executive producer of his project.

And Abdul-Jabbar has long been known for his anti-racism and anti-Islamophobia activism as well as his history on the basketball court, not to mention his 2012 appointment as a US cultural ambassador. So his work on “Black Patriots” might carry even more weight with voters in the context of his ongoing commitment to equality, and in a year when the Emmys made history with the number of Black nominees at this year’s awards.

The world of sports and showbiz don’t collide all that often, at least not at awards decided by entertainment industry peer groups, but there’s some very recent precedent. The late Kobe Bryant made history as the first pro athlete to win an Oscar when he claimed Best Animated Short as a producer of “Dear Basketball” (2017). And earlier this year former football player Matthew A. Cherry won the same category for “Hair Love” (2019). Will Abdul-Jabbar join that elite sports club?