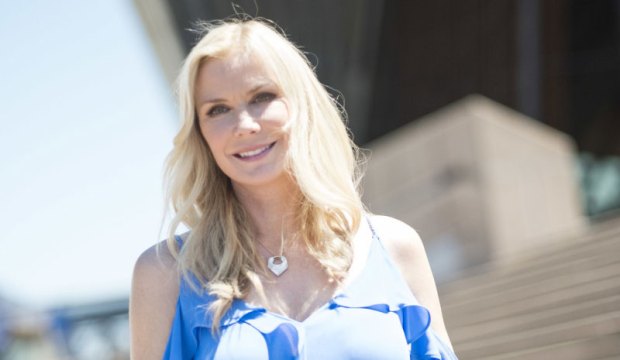 The 2020 Daytime Emmy nominations were announced on Thursday, May 21, and they came with good news for Katherine Kelly Lang: she earned a Best Actress bid for playing Brooke Logan on “The Bold and the Beautiful.” But even though she has been on the show since it premiered in 1987, she has yet to take home the gold. Will this finally be her year?

For decades the television academy gave Lang the cold shoulder entirely. It took until 2013 for her to earn her first nomination — more than a quarter-century after she originated the role of Brooke. She contended for Best Supporting Actress that year, and in 2014 she earned her second nomination in row, but that time for Best Actress. She lost those awards to Julie Berman (“General Hospital”) and Eileen Davidson (“Days of Our Lives”), respectively.

The irony is that “B&B” actually has a pretty good track record in the Best Actress race. The show has won five times, all in the last 20 years: twice for Susan Flannery as Lang’s longtime on-screen nemesis Stephanie Forrester (2000, 2002), twice for Heather Tom as Lang’s sister Katie Logan (2012-2013) and once for Jacqueline MacInnes Wood as Lang’s daughter’s romantic rival Steffy Forrester (2019). People in Lang’s orbit keep winning, but victory has eluded her (and Tom is nominated alongside her again this year).

But the Emmys have made it up to long under-rewarded actors before. Doug Davidson didn’t win Best Actor for “The Young and the Restless” until 2013, at which point he had been on the show for 35 years. James Reynolds finally won Best Actor for “Days of Our Lives” in 2018, which was 37 years after he first joined the show in 1981. And who could forget Susan Lucci, who was a perennial Best Actress nominee for “All My Children” but didn’t win until her 19th try in 1999. So Lang could very well get her due — better late than never.

MAKE YOUR PREDICTION: Who will win Best Actress?
To save your prediction, you must log in to Gold Derby. Click here to sign in with existing account -- or create a new one.
PREDICTthe Daytime Emmys now; change them until June 26