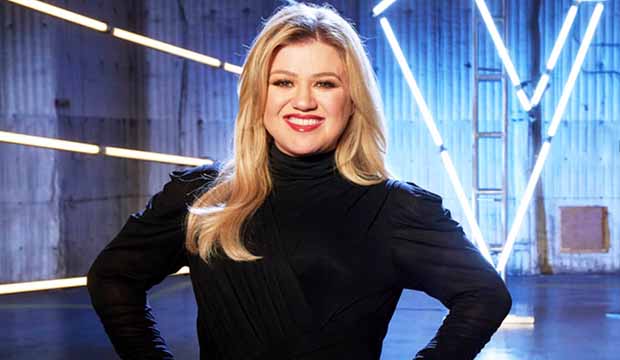 Due to Simon Cowell‘s bicycle accident over the weekend, he was replaced on the first live “America’s Got Talent” episode by “The Voice” coach Kelly Clarkson. Of course, the two superstars share a rich history as Simon was the judge on “American idol” when Kelly originally rose to fame. “I have waited years for this,” Kelly laughed at the top of the August 11 live show. “I love Simon, but I’m getting real used to this chair, buddy. I’m just saying, take your time. I feel good about it. I could use another job.”

Kelly then added, “No, I hope he does feel better. I love him, so I didn’t mind stepping in for him. I love the show, so thank y’all for having me.” The recent Daytime Emmy winner for her talk show was joined on the “AGT” judging panel by Sofia Vergara, Heidi Klum and Howie Mandel. The normal studio audience was replaced by hundreds of fans Zooming in from around the world, because of coronavirus safety restrictions.

Season 15 of “America’s Got Talent” has gone through many trials and tribulations throughout this unpredictable summer. The auditions and Judge Cuts were cut short by COVID-19, Heidi sat out several episodes due to a fever, and now Simon missed the first live shows because of his biking accident. Luckily, “AGT” has persevered throughout all of it and remains the most-watched summer show on television.

Who was your favorite act on Tuesday night? Only five performers will make it through to the Semifinals based on America’s overnight votes, which will be revealed on Wednesday, August 12. In addition, one act will advance thanks to the Dunkin’ Save.

'America's Got Talent': 15 most viewed 'AGT' auditions of all time