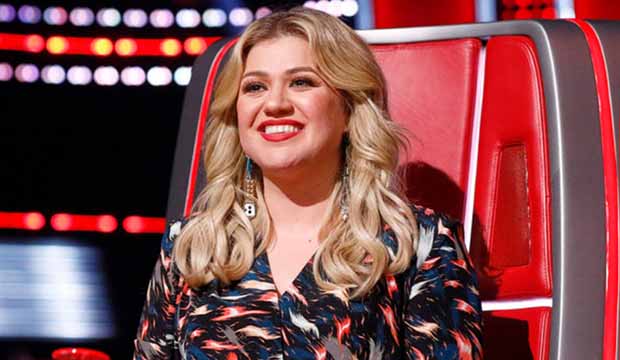 Kelly Clarkson won Best Entertainment Talk Show Host at the 2020 Daytime Emmys for “The Kelly Clarkson Show.” Since she already has three Grammys for her work as a recording artist, that brings her halfway to the EGOT grand slam. Only 15 people have ever won a competitive Emmy, Grammy, Oscar and Tony — including her fellow coach on “The Voice,” John Legend. And she made sure to let him know on Twitter, “I’m comin’ for that EGOT status.” Them’s fighting words! Scroll down to see her tweet, and check out the complete list of Emmy winners here.

After winning the inaugural season of “American Idol” in 2002, Clarkson won her first Grammys in 2006: Best Female Pop Vocal Performance for “Since U Been Gone” and Best Pop Album for “Breakaway.” Then she won Best Pop Album again in 2013 for “Stronger.” Now that she has her Emmy for her daytime talk show, she’s only the second “Idol” alum to get halfway to EGOT. The other is Grammy and Oscar winner Jennifer Hudson — who also happens to be a coach on “The Voice.”

Legend, meanwhile, won his first Grammys in 2006 — the same year as Clarkson. He claimed Best New Artist, Best Male R&B Vocal Performance (“Ordinary People”) and Best R&B Album (“Get Lifted”). Over the course of his music career, he has won 11 Grammys. The other three showbiz awards started coming in almost a decade later, but they came in fast. He won his Oscar in 2015: Best Original Song for “Glory” from “Selma.” He won his Tony in 2017: Best Play Revival as a producer of “Jitney.” And he won his Emmy in 2018: Best Variety Special (Live) for “Jesus Christ Superstar.”

So you never know when opportunity will knock and how quickly it could happen. Do you think Clarkson will eventually catch Legend and achieve EGOT? She needs a Tony and an Oscar to do it, and as Legend demonstrated, producing and songwriting could do the trick.

Watch out @johnlegend I’m comin’ for that EGOT status 🤣😂 https://t.co/5uFNEqn5g5