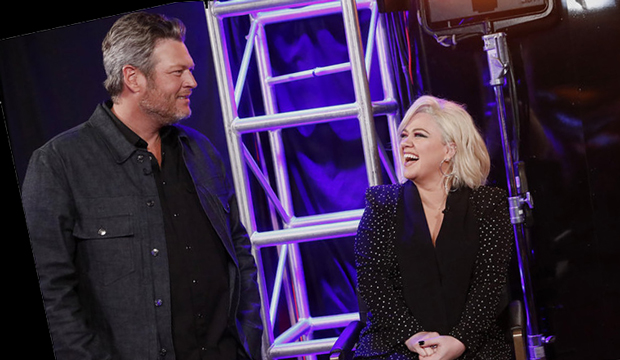 The competition is on! As we approach the Season 18 live shows of “The Voice,” Kelly Clarkson has some choice words for rival coach Blake Shelton. “I think that Team Kelly can take it again this year and I would love to rub that in Shelton’s face,” she smiled during Monday night’s “Road to Live Shows” special. As a reminder, Kelly has won three out of the four seasons she’s coached so far: Brynn Cartelli (Season 14), Chevel Shepherd (Season 15) and Jake Hoot (Season 17). Blake currently has the winningest record at six victories, but experience comes with a double-edged sword because that also means he’s lost the most.

SEE ‘The Voice’ Coaches Ranked Worst To Best: All 14 From Gwen To Blake

Three artists still in the main competition have been with Team Kelly since the very beginning: Megan Danielle, Mandi Thomas and Micah Iverson. A fourth contestant, Samantha Howell, had to fight for her spot in the four-way knockout, with the results being announced next week. Kelly’s final team member is Cedrice, who began on Team John Legend, then temporarily joined Team Blake before arriving at her current team.

In our recent poll we asked “The Voice” viewers to name which artist from Team Kelly they are rooting for to win Season 18, and the results are in: Megan leads with 32% support, followed by Micah in second place at 29%, Cedrice in third place at 21%, Mandi in fourth place at 10% and Samantha in last place at 8%. Do you agree with those poll results? Sound off down in the comments section.

SEEexclusive predictions: Who will win ‘The Voice’?
MAKE YOUR PREDICTION: Who will win 'The Voice'?
To save your prediction, you must log in to Gold Derby. Click here to sign in with existing account -- or create a new one.