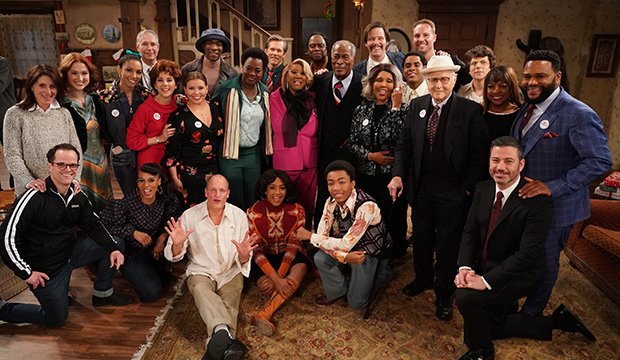 Kerry Washington doubled her Emmy nomination haul in one fell swoop last month, grabbing four bids to bring her career total to eight. She’s still awaiting her first win, and this may finally be the year if our predictions pan out.

The actress’ quadruple nominations are across three programs, and three of them are for her work as an executive producer: She’s up for Best Variety Special (Live) for “Live in Front of a Studio Audience: ‘All in the Family’ and ‘Good Times,'” Best TV Movie for “American Son,” Best Limited Series for “Little Fires Everywhere,” and Best Limited/TV Movie Actress for “Little Fires Everywhere.”

Washington is not expected to prevail for “American Son” (third in our odds) opposite favorite “Bad Education” or for either of her “Little Fires” bids (fifth in series, fourth in actress) against 26-time nominee “Watchmen” and star Regina King. Her best chance rests with Best Variety Special (Live), where “Live in Front of a Studio Audience” has a monstrous 10/3 odds lead over the Tony Awards, which is way back in second at 39/10. The Oscars (4/1) is in third, and the Super Bowl Halftime Show and the Golden Globes both carry 9/2 odds.

The confidence in “Live in Front of a Studio Audience” shouldn’t be surprising. The well-received special is the reigning champ for its inaugural installment, which featured live recreations of classic “All in the Family” and “The Jeffersons” episodes, and made executive producer Norman Lear, then 97, the oldest Emmy winner ever in any category (he can obviously beat his own record this year).

Washington played “The Jeffersons'” Helen Willis on the first “Live,” but did not become an executive producer until the second one, on which she did not act. And she’s not the only bold-faced name who produced “Live”: Besides Lear, Jimmy Kimmel, Will Ferrell, Justin Theroux and James Burrows are her co-nominees (all but Burrows were EPs last year and won).

The one who takes the cake is Tom Hanks — none of his seven Emmys are for acting (six are for producing, and one is for directing “Band of Brothers”). In fact, he didn’t even receive his first acting nomination until 2017, for his guest turn on “Saturday Night Live.”

Half of Washington’s career nominations are also for producing. She was up for Best TV Movie in 2016 for “Confirmation,” for which she also earned an acting bid for her performance as Anita Hill. Her first two nominations were for Best Drama Actress in 2013-14 for “Scandal.” 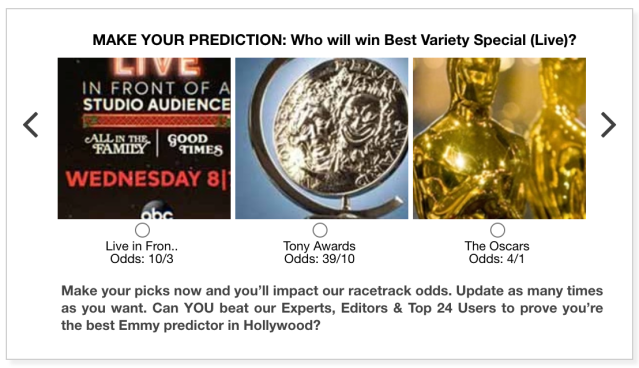