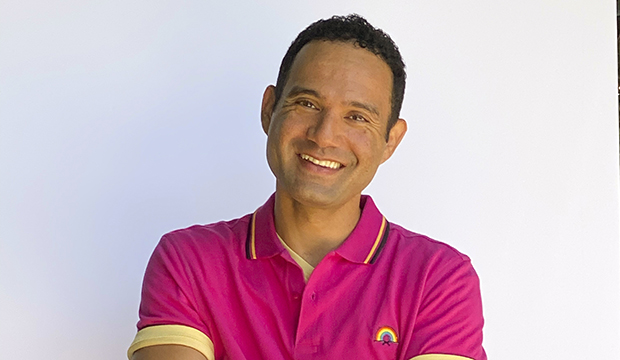 No one wants to be the first person voted out of “Big Brother,” but that’s even more true during an “All-Stars” cycle, where former players return to compete for their legacy. During the all-important Sunday night episode of “BB22,” Head of Household Cody Calafiore originally wanted to nominate Kaysar Ridha and Janelle Pierzina for eviction, but the duo was saved thanks to the Safety Suite twist. So instead, Cody put up two people he didn’t have “strong relationships” with: Kevin Campbell and Keesha Smith. Following the nominations ceremony, both players sounded off in the Diary Room about what they really thought of Cody’s move.

SEE‘Big Brother’ 22 episode 2 recap: Who did Cody nominate for eviction, and what the heck is the Safety Suite? [UPDATING LIVE BLOG]

“I need to stop crying,” Kevin told the camera. “I need to win Veto and snatch myself off the block. And then I’m coming for Cody. I’m gonna get revenge.” Earlier in the episode, socially awkward Kevin initiated a one-on-one conversation with Cody in which he tried to find common ground with the jock, but it wasn’t enough to change his plans. Kevin originally came in third place in Season 11.

Keesha’s reaction was quite different, as she was more angry with the overall circumstance than with the Head of Household himself. “Even though I thought I was going up, it is a huge wake-up call to see my face on the wall,” she revealed. “It would be so devastating to be the first person out of the house on ‘All-Stars.’ Like, what? I definitely cannot go out like this.” Keesha previously placed fourth in Season 10.

SEE ‘Big Brother 22’: Now YOU can predict who will be evicted live and who will ultimately win ‘All-Stars’

Sure, Cody was moved by Kevin’s personal plea in the storage room, but he ultimately decided to take emotion out of the game. “Personally, I really like Kevin. I think he’s a very genuine person. But the nominations aren’t personal at all. This is just game,” Cody explained before adding, “I want to get the least amount of blood on my hands, not ruffle any feathers too much.” Cody was the runner-up of Season 16, losing to his alliance partner Derrick Levasseur.

Bragging about his victory in the Safety Suite competition, Kaysar laughed, “I was single-handedly responsible for derailing Cody’s nomination plans. And what’s even better is that those plans involved me. Yes, it’s been so long, but it feels good to be back in this house.” The fan-favorite houseguest came in 10th place in both Season 6 and Season 7, but has yet to make the jury. Kaysar decided to keep his old buddy safe for the week by making Janelle his plus-one … though she had to wear a yellow star costume as a punishment.

Be sure to make your predictions to influence our reality TV racetrack odds. You can keep changing your predictions until just before the eviction episode airs live on CBS. You’ll compete to win a $100 Amazon gift card and a spot on our “BB” Season 22 leaderboard. See our contest rules and sound off with other fans in our reality TV forum. Read more Gold Derby entertainment news.