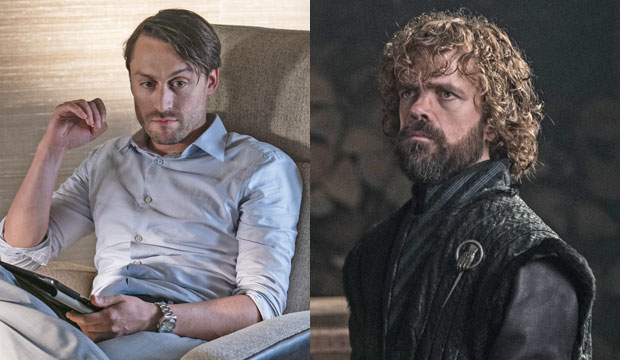 The first major awards recognition “Succession” got was Best TV Supporting Actor at the 2019 Golden Globes for Kieran Culkin, who plays Roman, the youngest of three siblings from the ruthless and powerful Roy family. Culkin earned another Globe nom in 2020, and “Succession” won Best Drama Series that time around. Could Culkin follow that by winning Best Drama Supporting Actor at this year’s Emmys? He does seem to have a lot in common with the last winner.

Peter Dinklage won a record-setting four Emmys in this category for “Game of Thrones” (2011, 2015, 2018, 2019). He played Tyrion, who coincidentally was also the youngest of three siblings in a powerful family: the Lannisters, who wielded their influence ruthlessly in Westeros. Tyrion and Roman are both mischievous ne’er-do-wells, so we already know Emmy voters like the type — though Tyrion eventually had to grow up as the power struggle on “Thrones” grew more and more deadly.

As of this writing all of the Expert journalists we’ve surveyed agree that Culkin will be nominated for an Emmy. Eric Deggans (NPR) and Ben Travers (IndieWire) say he’ll win too. Are the others underestimating him? Quite possibly. With Dinklage gone, there are no past winners in the running — at least, none who have won this category for the roles they’re eligible for now.

As of this writing Jonathan Banks (“Better Call Saul”) has the most support from Experts, but his show hasn’t won yet in any category. Billy Crudup (“The Morning Show”) is next in line for playing caddish network executive who could probably give “Succession’s” Roys a run for their money. Tom Pelphrey (“Ozark”), a two-time Emmy winner in daytime, is also backed by a couple of Experts. Since no clear consensus has formed, if “Succession” is the front-runner for Best Drama — as most Experts think it is — Culkin could easily go along for the ride.

MAKE YOUR PREDICTION: Who will win Best Drama Supporting Actor?
To save your prediction, you must log in to Gold Derby. Click here to sign in with existing account -- or create a new one.
PREDICTthe 2020 Emmy nominees now; change through July 28