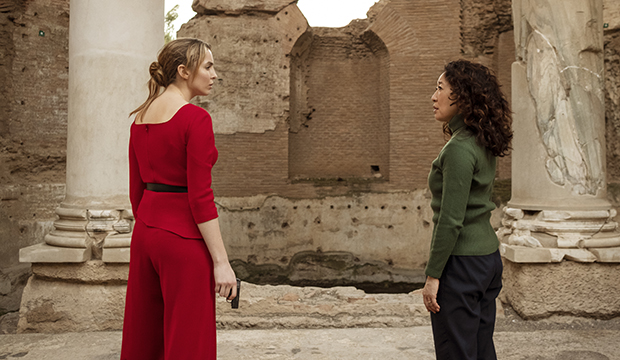 Season 3 of “Killing Eve” will premiere in April, BBC America announced Thursday at the Television Critics Association winter press tour. An exact date will come at a later time.

The first two seasons of the spy thriller premiered in April the past two years, so this timeframe is not really a surprise. Both seasons bowed on the first Sunday of the month, and if that continues, Season 3 would probably debut on April 5.

Season 2 ended with Villanelle (Jodie Comer) shooting Eve (Sandra Oh) and leaving her for dead. Of course, she is not. The new season will find the duo, per BBC America’s synopsis, “trying desperately to live their lives without their drug of choice,” aka each other. Villanelle believes Eve is dead, while Eve thinks Villanelle will never find her. “All seems fine until a shocking and personal death sets them on a collision course yet again. The journey back to each other will cost both of them friends, family, and allegiances… and perhaps a share of their souls,” the network dramatically teases.

Suzanne Heathcoate took over showrunner duties for the third season from Emerald Fennell, who received an writing Emmy nomination last year and herself inherited the reigns from Phoebe Waller-Bridge, who adapted the series from Luke Jennings‘ book series. “Killing Eve” was renewed for a fourth season earlier this month, and in keeping with tradition, will have a new female showrunner for that installment, though that person has yet to be determined.