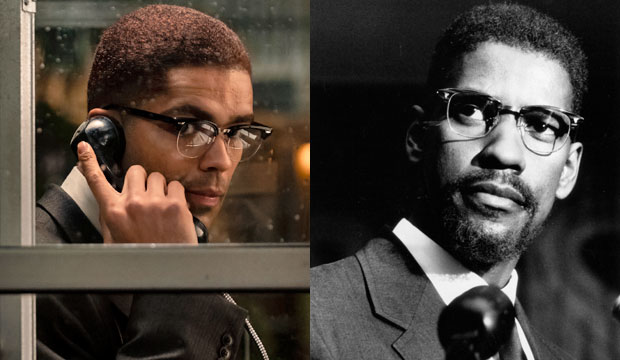 Kingsley Ben-Adir is being campaigned as a leading man at the Oscars for his role as civil rights leader Malcolm X in the drama “One Night in Miami.” If he’s nominated, he wouldn’t be the first to contend for Best Actor for this role. Denzel Washington‘s first Oscar nom as a leading man came for his starring role in Spike Lee‘s 1992 biopic “Malcolm X.” But Washington didn’t win that contest. Can Ben-Adir win where Washington couldn’t?

The 1992 Best Actor contest was memorable in that it pitted Washington’s critically hailed performance (he won prizes ranging from the New York Film Critics Circle to the MTV Movie Award) against the long-overdue Al Pacino for “Scent of a Woman.” Pacino had never won despite seven previous nominations, including for his iconic turns in “The Godfather,” “Serpico” and “Dog Day Afternoon.” So Pacino’s victory for “Scent” gave the academy the opportunity to make good after the actor’s earlier snubs.

Was that the film Pacino should have won for? That’s debatable, but it meant that Washington had to wait until “Training Day” nine years later to become only the second Black Best Actor winner of all time, following Sidney Poitier (“Lilies of the Field”).

If Ben-Adir is nominated for Best Actor this year it would already be a rare achievement. It’s not too often that one biographical role earns Best Actor noms for two different actors. In the past, Raymond Massey and Daniel Day-Lewis both earned bids for playing President Abraham Lincoln, Laurence Olivier and Kenneth Branagh were nommed as King Henry V, Anthony Hopkins and Frank Langella contended as President Richard Nixon, and Kirk Douglas and Willem Dafoe were both in the running for portraying painter Vincent Van Gogh. This would be the first time a Black character earned Best Actor noms for two actors.

As of this writing Ben-Adir is knocking on the door for a nomination. He currently ranks sixth with 14/1 odds based on the combined predictions of thousands of Gold Derby users. Among the Expert journalists we’ve surveyed from major media outlets, he’s actually in the top five, with 11 of them betting on him to receive a nom: Shawn Edwards (WDAF-TV Fox), Tim Gray (Variety), Tariq Khan (Fox TV), Susan King (Gold Derby), Perri Nemiroff (Collider), Kevin Polowy (Yahoo), Keith Simanton (IMDb), Jazz Tangcay (Variety), Anne Thompson (IndieWire), Brian Truitt (USA Today) and Susan Wloszczyna (Gold Derby). Of those, Simanton thinks he’ll win. Do you think he’ll win too?

5 documentarians on the importance of effecting change: Our job is 'to shed light into those dark places'…