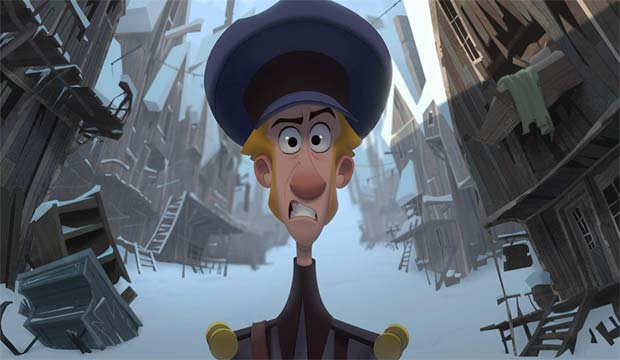 One of the more difficult Oscar categories to predict this awards season has been Best Animated Feature. With blockbuster “Frozen II” out of the running, we are left with two other sequels, “Toy Story 4” and “How to Train Your Dragon: The Hidden World,” along with the stop-motion “Missing Link,” the French computer-animated “I Lost My Body” and the hand-drawn “Klaus,” an origin story about Santa Claus and his postman pal who befriends the reclusive toymaker.

Currently, the yuletide-themed Netflix release sits at second place in Gold Derby’s combined Oscar odds with 1,792 users picking it to win on Sunday night at the 92nd annual Academy Awards. What might seem a safer bet is on top, “Toy Story 4,” is on top with 3,567 users choosing it to win. But “Klaus” has gained momentum ever since taking home seven trophies at last month’s Annie Awards, including Best Animated Feature and Best Director for its creator Sergio Pablos. Meanwhile, “Toy Story 4” was shut out. “Klaus” also claimed Best Animated Film at the recent 73rd British Academy Film Awards.

If “Toy Story 4” does win, it will be the only time since the category was introduced in 2001 that a sequel has won — which was 2010’s “Toy Story 3.” Part of the reason that title was given the honor was that its two predecessors came out before there was a special Oscar category for full-length ‘toons.

But if “Klaus” wins, it will also have the distinction of being the only the second hand-drawn film to ever take the animated feature Oscar crown.  The first to do so was Hayao Miyazaki‘s 2002’s “Spirited Away,” which was dubbed into English when Disney decided to buy the film’s North American distribution rights. However, it did incorporate some computer effects and maybe deserves an asterisk because of the use of software.

Spanish animator Pablo, who also wrote and drew “Klaus,” worked for Disney in the ’90s  in the hand-drawn era of “Beauty and the Beast” and “Aladdin.” As he told NPR, “We actually went old school with this one, and we called up all my buddies that we used to work with. … The truth is we were going for that story book look … We were hoping to have it felt like a piece of moving art.”

Those Oscar voters who grew up loving Disney’s output during the studio’s second golden age of hand-drawn animated films just might be excited about its comeback and pick “Klaus” on that basis. We will soon see if that is the case on Sunday.

Be sure to make your Oscar predictions in for Best Animated Feature as well as the 23 other categories. Don’t be afraid to jump in now since you can keep changing your predictions until just before winners are announced on Feb. 9. And join in the fierce debate over the 2020 Oscars taking place right now with Hollywood insiders in our film forums. Read more Gold Derby entertainment news.