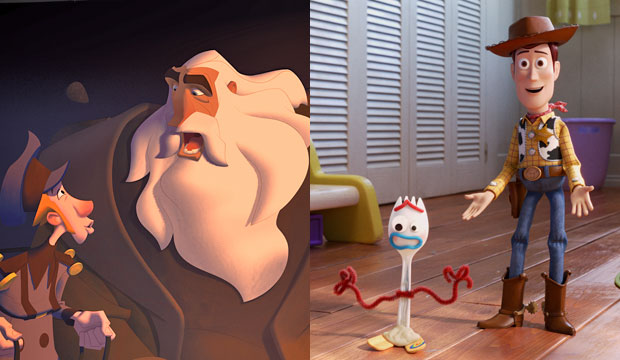 Forget “1917” vs. “Parasite.” The toughest category to predict at the Oscars may just be Best Animated Feature, where “Toy Story 4” is ostensibly the favorite despite how many times it has lost throughout the season. That’s why I’m following BAFTA‘s lead by going with “Klaus” — unless someone changes my mind before this weekend’s awards.

Of course, you might argue quite correctly that the “Toy Story” franchise is the one exception to that rule since “Toy Story 3”  (2010) won Best Animated Feature. But that was a unique circumstance. It was the first film in that franchise since the creation of the Best Animated Feature category, so it was the academy’s first chance to reward it there. For that matter, “Toy Story” hadn’t won a competitive Oscar in any category, so it was overdue. And the third film in that series was so universally beloved that it became a rare animated film to be nominated for Best Picture and Best Adapted Screenplay.

“Toy Story 4” doesn’t have that much support. It’s only other nomination this year is for Randy Newman‘s original song “I Can’t Let You Throw Yourself Away.” And its support throughout awards season has been relatively soft too. It won Critics’ Choice and Producers Guild Awards, sure, but the Golden Globes went with “Missing Link,” numerous critics groups went with “I Lost My Body,” and the BAFTAs went with “Klaus.” (The Annie Awards went with “Klaus” too, but those prizes split with other awards groups with surprising regularity.)

The best thing “Toy Story 4” has going for it is that there are so many viable alternatives. Unlike last year when “Spider-Man: Into the Spider-Verse” emerged as the choice to beat “Incredibles 2,” this year Oscar voters who don’t like sequels may be torn between “Klaus,” “I Lost My Body” and “Missing Link.” Without a clear alternative, “Toy Story 4” may just win by default. So follow me off this cliff at your own peril.

Or maybe I won’t jump off this cliff. Maybe by this weekend I’ll climb back on the ledge to predict “Toy Story 4” after all. How about you?