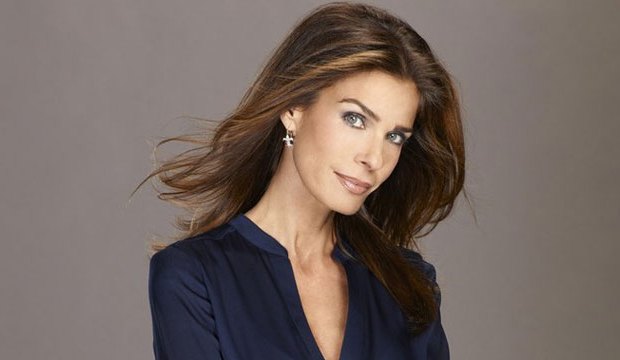 Sands keep falling through the hourglass at “Days of Our Lives.” Actress Kristian Alfonso, who has been with the show off and on since 1983, announced exclusively to Deadline that she won’t be returning to the show when it resumes production on September 1 following the lengthy production hiatus that was the result of the ongoing coronavirus pandemic. Will you be sad to see her go?

“I feel blessed and honored to have been invited into people’s homes for over three decades,” she said in her statement. “However, it is now time for me to write my next chapter. I will not be returning to ‘Days’ when it resumes production in September. I’ve already filmed my last episode several months ago.” But fans will still be able to see her on their screens for a while longer. Since the show taped so far in advance, the episodes it banked before COVID-19 abruptly shut down production haven’t run out yet and actually won’t run out until the fall.

Alfonso plays Hope Williams, half of one of the show’s most famous supercouples with Bo Brady (Peter Reckell). Bo was also introduced in 1983, but Reckell left the show in 2015 when Bo died of a brain tumor. Since then Hope married Aiden Jennings (Daniel Cosgrove) and Rafe Hernandez (Galen Gering), but Aiden left the show in 2016 and it was announced earlier this year that Rafe is being written out too.

It has been a turbulent year for fans of the soap. There were rumors of the shows demise when the cast was released from their contracts last fall. The show was ultimately renewed, but not with its entire ensemble: in addition to Rafe, popular gay supercouple Will and Sonny (Chandler Massey and Freddie Smith) were dropped from the show. Alfonso’s departure, however, appears to be her own choice.

“To the incredibly loyal fans of ‘Days’ — many of you have been with me on this journey from the beginning,” she concluded. “I cannot thank you enough for your generosity, love and support. I could not have done it without you!”