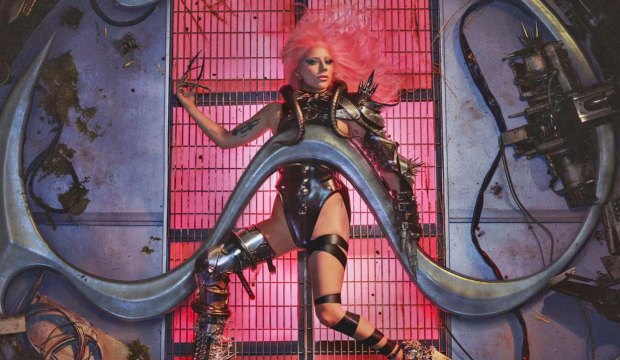 It was a good weekend for Lady Gaga, who released her new studio album “Chromatica” on May 29 and then three days later debuted its single “Rain on Me” with Ariana Grande at number-one on the Billboard Hot 100 chart. Fans wasted no time weighing in on Gaga’s first new collection since she won an Oscar for “Shallow” from “A Star is Born,” but now that critics have had time to digest “Chromatica,” what’s their verdict?

As of this writing the album has a MetaCritic score of 80 based on 17 reviews counted thus far: 14 positive and 3 somewhat mixed, but none outright negative. If that continues to hold up, it’s actually the highest score of her career, besting her 2009 collection “The Fame Monster” and the “Star is Born” soundtrack, both of which topped out at a strong 78.

Reviews are describing “Chromatica” as “her best album since ‘Born This Way’ — and possibly, song for song, her best yet.” Its 13 tracks (plus three interludes) are full of “delirious excess” with “thunderous hard candy bangers” and some “electro dance-funk at its finest.” It’s “audacious,” “compact” and “concise.” Though at least one critic dissents, arguing that the album is “superficial” and “all bluster” with “no soul.”

You can’t please everybody, but Lady Gaga has pleased most judging from those reviews. And her past work has already earned her 11 Grammys and three nominations for Album of the Year (for “The Fame,” “The Fame Monster” and “Born This Way”). If this really is her best album, could it be the one that finally wins her the top prize?

She actually hasn’t won any general field categories yet despite those three album noms, two bids for Record of the Year (“Poker Face” and “Shallow”) and three for Song of the Year (“Poker Face,” “Shallow” and “Always Remember Us This Way”). But there’s precedent for dance pop from an esteemed veteran winning Album of the Year: Daft Punk did that with “Random Access Memories” in 2014. Do you think “Chromatica” deserves to do the same? Check out some of the reviews below, and join the discussion here with your fellow music fans.

Jem Aswad (Variety): “Can she still make an album filled with songs that measure up to that talent? Let’s just say that Gaga has doubled down on the answer to that question, returning to the dancefloor that spawned her and emerging with her best album since ‘Born This Way’ — and possibly, song for song, her best yet … It’s compact and concise, with only one song breaking the four-minute mark, seemingly — and successfully — designed to leave the listener wanting more.”

Leah Greenblatt (Entertainment Weekly): “Nearly every one of its 13 tracks reaches for a kind of delirious excess: thunderous hard candy bangers designed to press on the brain’s pleasure centers until they submit, again and again, to the replay button … An audacious, glitter-dusted promise of escape from the sad, the bad, and the ordinary, delivered at 120 BPMs.”

Patrick Gomez (The A.V. Club): “It’s a fair guess that ‘Chromatica’ was intended to be played from beginning to end as the soundtrack to pre-parties for 2020 Pride celebrations that sadly will never be. That’s not to say ‘Chromatica’ is unsuccessful. Borrowing a lot from the pop of the ’80s and early ’90s, much of the album is electro dance-funk at its finest … Her choices can be puzzling, and not every song is a success, but that unpredictability is what makes her exciting.”

Sal Cinquemani (Slant): “Gaga displays only a superficial understanding of the music she seeks to emulate on ‘Chromatica.’ There’s an effortlessness to Dua Lipa’s recent ‘Future Nostalgia’ and Jessie Ware’s upcoming ‘What’s Your Pleasure?’ that puts Gaga’s white-knuckled recreations of 1990s-era house-pop into stark relief … Gaga powers through like she does every other genre she’s dabbled in. It’s all bluster and no soul.”