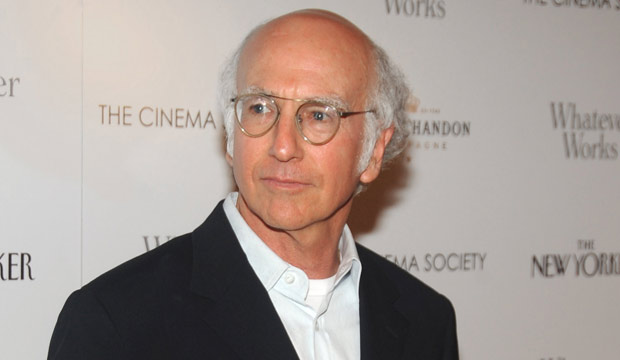 After 10 seasons and two decades of his antics, Emmy voters seem to have lost a little “enthusiasm” for Larry David’s exaggerated portrayal of himself on “Curb Your Enthusiasm.” Though the long-running HBO show scored its ninth Best Comedy Series nomination this morning, David surprisingly missed out on a bid in Best Comedy Actor.

David’s absence from the Comedy Actor lineup marks one of the most surprising snubs of this Emmy season, according to Gold Derby’s prognosticators. David ranked in a solid fourth place in our combined Emmy odds. A whopping 29 of our 32 Emmy experts predicted David to score a nomination––just Jen Chaney (Vulture), Tim Gray (Variety), and Jazz Tangcay (Variety) wisely foresaw his snub. All of Gold Derby’s editors, top 24 users, and all-star top 24 pegged David for a nomination, too. (Less surprising is David’s absence from the Comedy Guest Actor category; he was in contention for his recurring stint as Senator Bernie Sanders on “Saturday Night Live,” but was not in our top six contenders).

Surprisingly, “Curb Your Enthusiasm” landed a Best Comedy Casting nomination this year––its fifth time in that category and first bid there since 2008––even though all of its presumptive acting nominees were left out. Not only did David look like a lock for a nomination, but our combined odds expected Guest Acting nominations for John Hamm, who also sat in a comfortable fourth place, and Jane Krakowski, who was narrowly outside of our top six in seventh place.

Fans of the cantankerous comedian shouldn’t fear for his future Emmy prospects, though. In two previous years, “Curb” landed a Comedy Series nomination without a corresponding bid for David––in 2002 for the second season and in 2008 for the sixth season––and in both instances David rebounded with an acting nomination for the following installment. And with “Curb Your Enthusiasm” renewed for a record-setting 11th season at HBO, David will have a fighting chance to reclaim his place in the not-too-distant future.