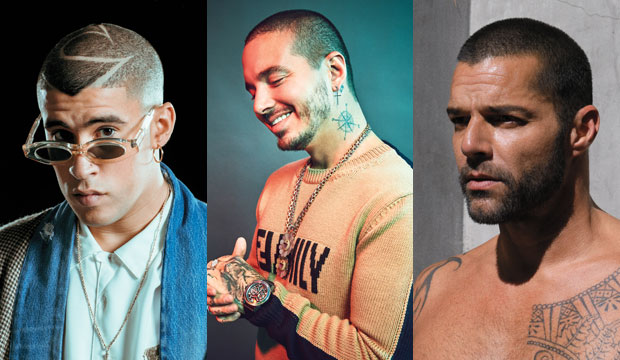 The 10 Latin Grammy nominees for Album of the Year would all be first time-winners, so who will be newly crowned when the awards are handed out on November 19? You can now predict these awards here in our predictions center. Place your initial bets now and update them as often as you like before the winners are announced.

J Balvin leads all artists at these 21st annual kudos with a total of 13 nominations, two of which are for Album of the Year. He’s nominated for his solo effort “Colores,” and he’s also up for his collaborative album with Bad Bunny, “Oasis.” Bad Bunny, up for nine total awards, also has dual bids in this category. In addition to “Oasis,” he contends for “YHLQMDLG.” These are the first nominations in this category for Bad Bunny, and they’re the second and third for J Balvin, who contended in 2018 for “Vibras.”

The next biggest nominees in the category are Camilo (“Por Primera Vez”) and Carlos Vives (“Cumbiana”) with six bids apiece. Camilo is a first-time nominee in this race, while Vives has been now nominated six times without winning: he contended for his own albums “El Amor de Mi Tierra” (2000), “Déjame Entrar” (2002), “Corazón Profundo” (2013) and “Más Corazón Profundo” (2014), and once more as a producer of Shakira‘s “El Dorado” (2017).

Next up with five bids is Kany Garcia (“Mesa Para Dos”), who was previously nominated for “Cualquier Día” (2008) and “Soy Yo” (2018). She’s followed by a trio of artists with three noms apiece: Natalia Lafourcade (“Un Canto por México, Vol. 1”), Ricky Martin (“Pausa”) and Fito Paez (“La Conquista del Espacio”). Lafourcade has three previous nominations (for “Hasta la Raíz,” “Musas, Vol. 1” and “Musas, Vol. 2”) and Martin has one (“MTV Unplugged”), while Paez contends in this race for the first time.

Rounding out the list are Jesse and Joy for “Aire (Versión Día).” Album of the Year is their only nomination this year, but it’s their third try in the category, following bids for “¿Con Quién Se Queda El Perro?” (2012) and “Un Besito Más” (2016). Will they come out on top of this field of 10?