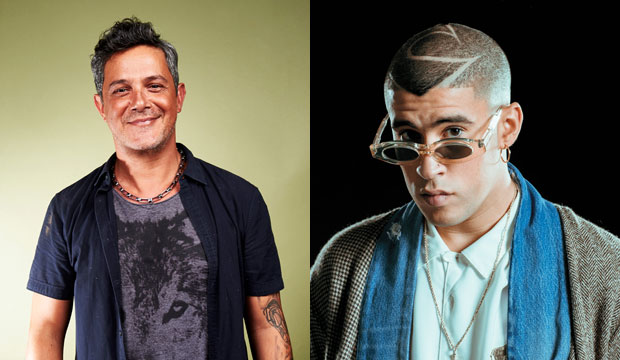 It was a rough night for urban music at the 2020 Latin Grammy Awards, which were held on Thursday night, November 19. Hip-hop-influenced hit-makers Bad Bunny, J Balvin, and Karol G lost all their general field nominations in favor of pop-rock veteran Natalia Lafourcade and pop legend Alejandro Sanz. Check out the complete list of Latin Grammy winners in all 53 categories here.

Lafourcade swept all three of her nominations: Album of the Year for “Un Canto por México, Vol. 1,” Best Alternative Song for “En Cantos” and Best Regional Song for “Mi Religión.” In the top category she upset front-runner Bad Bunny (“YHLQMDLG”), who might have split votes with himself as he was also nominated for “Oasis” with J Balvin, while Balvin also had another nomination for his own “Colores.”

Sanz won Record of the Year for “Contigo.” We weren’t anticipating that victory, but perhaps we should have since it’s Sanz’s seventh Record of the Year title and his second in a row following his victory in 2019 for “My Persona Favorita” with Camila Cabello. Since the Latin Grammys have only been around for 21 years, that means Sanz has now won one out of every three ROTY titles.

Hip-hop also had a tough time in the Best New Artist race where front-runner and seven-time nominee Anuel AA was defeated by pop singer Mike Bahía on his only nomination. Though one rapper got on the board in the general field: longtime Grammy favorite Residente won Song of the Year for “René” in addition to Best Rap/Hip-Hop Song for “Antes Que El Mundo Se Acabe.”