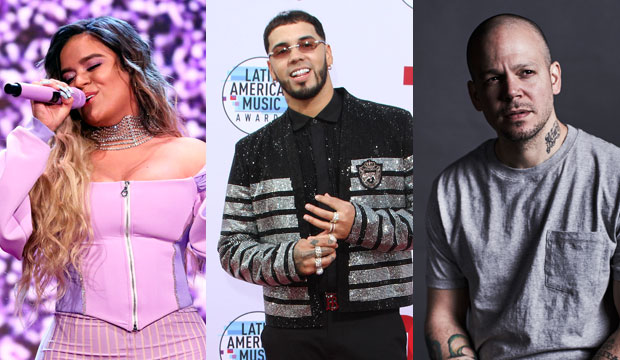 As every year, the race for Record of the Year at the Latin Grammys is packed with big hits as well as some indie gems. Who’s taking the top honors at this year’s event? Let’s take a look at the top contenders.

The biggest hit in contention is probably “Tusa” by Karol G and Nicki Minaj. The song has amassed 860 million Spotify streams and more than one billion YouTube views, it reached the number-one spot on the US Hot Latin Songs chart, and has been certified 28-times Latin platinum in the US. Such major successes have a strong history here: previous winners include “Despacito” by Luis Fonsi and Daddy Yankee, “¡Corre!” by Jesse and Joy, and “Mientes” by Camila.

But could “Tusa” be too lightweight for the top honor? The song missed key nominations for Urban/Fusion Performance and Song. And Karol G could also be hurt by having another nomination in this category, for “China” with Anuel AA, J Balvin, Daddy Yankee and Ozuna. “China” was also a massive hit, so these two streaming behemoths could perhaps split the vote and lead the way for a non-reggaeton hit, or a less commercially dominant song, to win this award.

Two-time winner Residente (who previously prevailed as part of the duo Calle 13) could take this category with the viral “René,” which touches on his life journey so far and was showered with acclaim upon release. But being a two-time winner already could hurt him since he’d become only the second person ever to win this award more than twice; last year’s winner and a nominee again this year, Alejandro Sanz, holds the record for most wins with an amazing six victories — don’t worry, though, Sanz is probably not taking this award again this year.

SEELatin Grammys 2020: What a historic Bad Bunny win for Album of the Year would mean for reggaeton

Also in contention is Album of the Year nominee Camilo with “Tutu,” a collaboration with last year’s Song winner Pedro Capó. But while it too was a commercial hit, it might also be seen as too lightweight for the top honor. However, Camilo did get an impressive number of nominations this year (six), and being joined by a previous general field winner could boost the song’s chances even more.

Rounding out the big hits in this category are Bad Bunny with “Vete” and J Balvin with “Rojo.” Those songs will probably not get enough cross-genre support to be competitive for a win here, but watch out for these two artists in the Album of the Year race.

As always, there are also some under-the-radar songs in the running. Perennial general field nominee Kany García is back with her third nomination here with “Lo Que En Ti Veo,” a collaboration with folk singer Nahuel Pennisi. While the song may lack the commercial success of her rivals, it is a very Grammy-friendly ballad, and voters could feel like it’s time to honor Garcia in a top category. It’s also one of the few nominees here that also has a Song of the Year nomination, which can help.

Another perennial nominee who’s back in the rrunning this year is Pablo Alborán for “Cuando Estés Aquí.” He still hasn’t won a Grammy yet and recently came out as gay. Voters might feel inclined to give Alborán a win as an honor for all his years of hard work, as well as to celebrate his coming-out story.