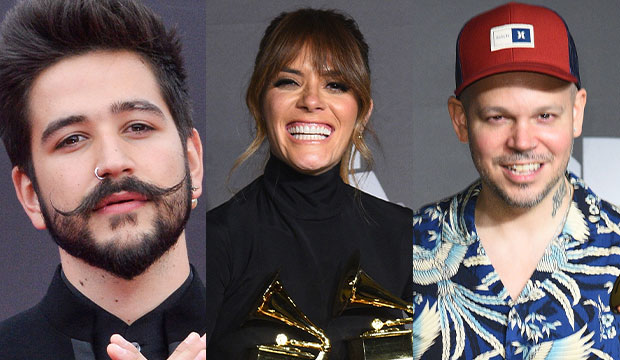 The race for Song of the Year at the 2020 Latin Grammys is full of big hits as well as some smaller gems. So who’s taking the premier songwriting award at this year’s event? Let’s take a look at the contenders.

Record of the Year and Song of the Year tend to match, so there’s a good chance one of the Record front-runners prevails here. Residente’s “René” is a heartbreakingly candid look at his life and journey, painting the artist’s struggles with depression and loneliness. Karol G’s “Tusa” is a perfect heartbreak anthem for everyone around the world. Camilo and Pedro Capó’s “Tutu” could serve as a typical love-song winner, and Capó is the reigning champ here (he won in 2019 for “Calma”). The last ROTY nominee that’s also in contention for SOTY is “Lo Que Veo En Ti,” which could be the perfect way to finally honor Kany García after three losses in this category.

Any of those winning wouldn’t be shocking. Crossover hits do have a strong history here (like Enrique Iglesias‘s “Bailando” and Carlos Vives and Shakira‘s “La Bicicleta”), which bodes well for “Tutu” and “Tusa.” That said, given how much of a Grammy darling he is (he has won a record 25 times) and how baity “René” is with its deeply personal subject matter, Residente might ultimately be ahead.

SEELatin Grammys 2020: What a historic Bad Bunny win for Album of the Year would mean for reggaeton

If not one of the Record nominees, then who? Past winners nominated again this year include Jorge Drexler (“Codo Con Codo”), who is a frequent nominee and has prevailed against major hits before. Perhaps Drexler could pull (another) surprise win like he did when his “Telefonía” beat Rosalía’s “Malamente” and Carlos Vives’s “Robarte un Beso” back in 2018.

Another past winner is Grammy darling Alejandro Sanz. He currently holds the record for most wins here with four. He is also a double nominee this year, for “For Sale” with Carlos Vives and for “#ElMundoAfuera.” Neither of these songs were as big as his past hits that have won, and they may split the vote like he did last year when he also had two nominations. However, the Latin Grammys do really love both Vives and Sanz, so a win isn’t out of the question.

Another double nominee is Camilo, who is nominated for “El Mismo Aire” in addition to the aforementioned “Tutu.” The ballad might be a more typical Grammy winner than “Tutu,” but it wasn’t as big a hit, so both songs could siphon votes from each other.

Ricky Martin’s “Tiburones” is also nominated and could coast off of its powerful message of unity and acceptance to win here, although Martin himself would not be a winner since he didn’t pen the song; it was written by Pablo Preciado and Oscar Hernandez. Nevertheless, Martin is respected by his peers, earning a surprise Album of the Year nomination this year for his “Pausa” EP, so his song might have enough support here.

Maluma scored his first SOTY nomination for “ADMV.” While the song might not be impactful enough to score a win, Maluma will probably be back and stronger than ever next year with his crossover hit “Hawái,”

Finally, Grammy favorite Juanes is also nominated for his Sebastián Yatra collab “Bonita,” which stands a chance at winning. Yatra has been nominated multiple times before, and Juanes is a previous general field winner including two victories in this category, so don’t count them out either.