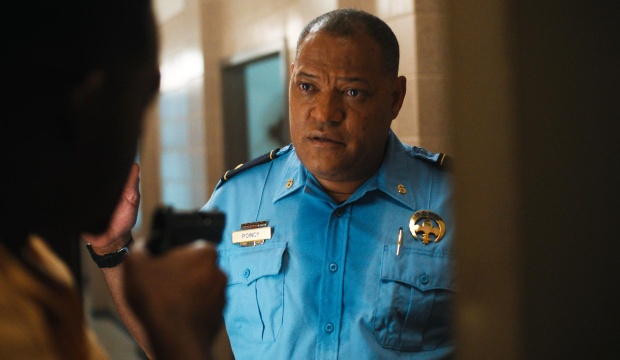 Meryl Streep‘s Oscar win for 2011’s “The Iron Lady” came on the heels of an aggressive awards campaign that she was “overdue.” This was a curious claim about someone who already had two Oscars, but it had been 29 years and 13 nominations since her last win. Fellow screen legend Laurence Fishburne could ride a similar narrative at the Emmys this year, as it has been 23 years and 8 nominations without a win since his second Primetime Emmy Award, which was for producing 1997’s Best TV Movie “Miss Evers’ Boys.”

Before Fishburne was ever nominated by the Oscars, Critics’ Choice, Golden Globes or Screen Actors Guild, he won a 1993 Emmy as Best Drama Guest Actor for the short-lived “TriBeCa.” This victory from 27 years ago remains the acting veteran’s only major win for an on-screen performance after decades of iconic roles. He also has a Tony on his mantel — from 1992.

Fishburne contends now for “#FreeRayshawn,” a 15-episode dramatic miniseries that depicts a fictional standoff between a Black man and the New Orleans Police Department that tries to frame him. It is timely subject matter that speaks to the Black Lives Movement more than any other nominated short-form program. Fishburne is up for Best Short Form Actor for playing Lt. Steven Poincy, who is thrust into the role of crisis negotiator. Nominated co-stars Stephan James and Jasmine Cephas Jones are limited to more visceral reactions as the accused and his wife, whereas Fishburne has more of an opportunity to layer his performance — between his character’s comparative mobility and his narrative function as audience surrogate.

With Fishburne largely relegated in recent years to supporting parts in sitcoms and superhero movies, “#FreeRayshawn” is a refreshing reminder of the range of which he is capable when co-leading the action himself. He steals the show, as Poincy wrestles with both the life-and-death stakes of the immediate situation, as well as the broader implications of his lifelong dedication to an institution that seems increasingly corrupt and oppressive. Fishburne is overdue, but this work also warrants an Emmy on its own merits.

It would be a landmark win for Quibi, the new streaming app that contends at the Emmys for the first time after launching in April. The short-form content platform boasts 10 nominations out of the gate, with the three acting bids for “#FreeRayshawn” making it their most-nominated program.