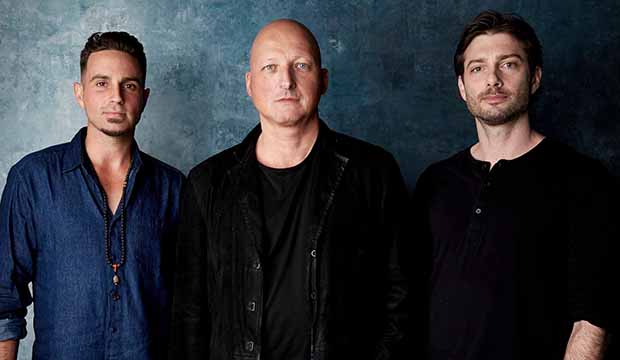 HBO’s controversial Michael Jackson documentary “Leaving Neverland” has continued its awards run with a nomination from the Producers Guild of America in the Best Non-Fiction Television category. This comes on the heels of Dan Reed‘s film winning Best Documentary or Non-Fiction Special at the Emmy Awards in September. (Watch our interview with Reed.) This begs the question, can the film keep up its winning streak at the PGA Awards?

The two-part documentary premiered at last year’s Sundance Film Festival and aired on HBO later that year. It details the accounts of James Safechuck and Wade Robson, who claim that Jackson sexually abused them when they were young children in the late 80s and early 90s. Despite criticism and denials from Jackson’s estate, the program proved to be a massive success becoming one of HBO’s top rated documentaries for the entire decade and earning raves from critics.

While the acclaim and ratings alone seem to give the program a great shot at prevailing at PGA, there’s another interesting connection that bodes well in its favor. That would be the correlation between this category at PGA and the documentary/non-fiction categories at the Emmys. The winner of Non-Fiction Television at PGA for almost every year since 2002 has won or been nominated for one of the non-fiction series awards at the previous year’s Emmys. Take a look at the chart below of the past PGA winners that have this connection with the TV academy champs:

SEEWhich of the 10 PGA Awards nominees will make the cut for Best Picture at the 2020 Oscars?

What’s even more interesting is that even the year’s that aren’t mentioned do have a relation to the preceding Emmy Awards. The 2003 PGA prize went to “Queer Eye for the Straight Guy” which had premiered in mid-July, making it ineligible for that year’s Emmys. However, at the following ceremony in 2004, the program did score the Emmy for Best Reality Program.

The other four years (2005-06 and 2007-08) are a bit more complicated since those years the PGA honor went to the CBS news magazine “60 Minutes,” which doesn’t compete at the Primetime Emmys since it is a news program. But, every one of those four years it won at PGA it did pick up major prizes at the preceding year’s News and Documentary Emmy Awards. While there’s no category for Best News Magazine, the program did walk away with two top honors in 2005, four in 2006 and three each in 2007 and 2008.

One last thing to consider for how this might fare at PGA is how the other nominees in the category did at the Emmys. “Queer Eye” scored a win in the Structured Reality Program category. “30 for 30” received a nomination for Documentary or Non-Fiction Series but lost to “Our Planet.” “Surviving R. Kelly,” also about the sexual crimes of a musical superstar, was nominated for Informational Series or Special but lost to “Anthony Bourdain: Parts Unknown.” At this year’s News and Documentary Emmys, “60 Minutes” walked away with four awards including the honors for Featured Story in a News Magazine and Story in a News Magazine.