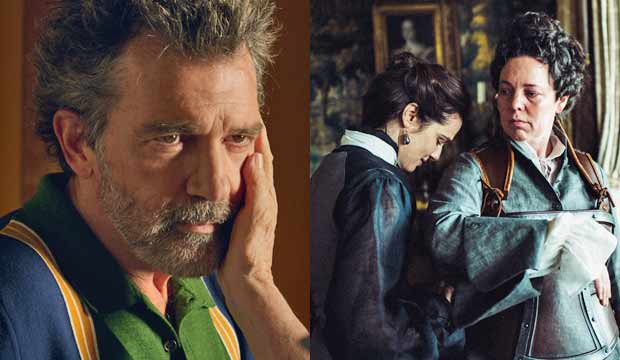 The 2019 Oscars were unprecedented for the sheer number of queer roles represented, with three out of the four acting winners playing LGBTQ characters: Olivia Colman (Best Actress for “The Favourite”), Rami Malek (Best Actor for “Bohemian Rhapsody”) and Mahershala Ali (Best Supporting Actor for “Green Book”). That was in addition to nominations for the ambiguously queer Emma Stone and Rachel Weisz (“The Favourite”) and the explicitly gay Melissa McCarthy and Richard E. Grant (“Can You Ever Forgive Me?”). Will the 2020 Oscars come anywhere close to that?

Probably not. Looking at our Oscar odds for Best Picture, the highest-ranked film that centers a queer character is “Rocketman” in 17th place. It’s a music biopic about the early career of Elton John (Taron Egerton), exploring his early ill-fated romance with a music manager and his struggles with substance abuse. Egerton is a strong contender for Best Actor, and John himself may win with longtime songwriting partner Bernie Taupin for their original song “I’m Gonna Love Me Again.”

“Pain and Glory” is next in our Best Picture predictions in 18th place. That film stars Antonio Banderas as a gay director (modeled after the film’s own writer-director, Pedro Almodovar) coming to terms with his career, his health, and his past relationships. We’re predicting a Best Actor nomination for Banderas, and Almodovar is on the bubble for writing and directing bids.

But those are the only top contenders with LGBTQ roles in the foreground. A couple of other major contenders for Best Picture do feature queer characters, though. “Bombshell” Best Supporting Actress hopeful Margot Robbie plays a fictional up-and-coming Fox News personality who has a fling with a female co-worker (Kate McKinnon), though the Evangelical character doesn’t explicitly identify as gay or bisexual. And a couple of supporting characters in “Jojo Rabbit” are strongly implied to be gay.

Among other awards contenders, “Judy” features scenes in which gay icon Judy Garland (Best Actress front-runner Renee Zellweger) encounters a male couple who express to her what she has meant to them. And “Booksmart” star Kaitlyn Dever plays an out lesbian high school student, though that film’s best hope for Oscar appears to be for its screenplay.

All that said, there’s a difference between having a lot of representation and having good representation. While last year included many queer portrayals, not all of those portrayals were considered to be positive. “Can You Ever Forgive Me?” and “The Favourite” were critical darlings, but “Bohemian Rhapsody” was criticized specifically for its portrayal of Freddie Mercury‘s sexuality, and not everyone appreciated “Green Book’s” depiction of its closeted black pianist either.

So having more or less queer representation at the Oscars doesn’t always reflect progress in and of itself. With that in mind, what do you think of this year’s LGBTQ films in the conversation for Oscars? Which queer films do you think should be getting more attention than they are?