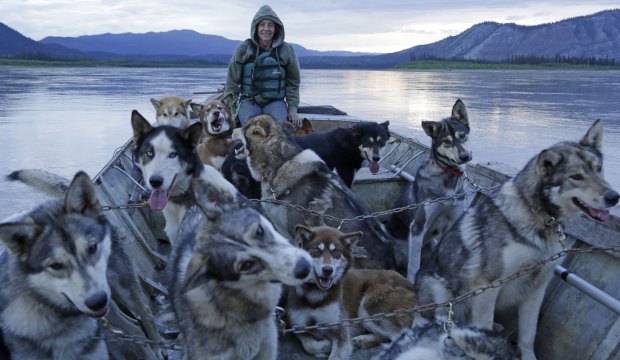 Nat Geo‘s “Life Below Zero” has gotten a steady stream of industry esteem since it premiered in 2013. The series, about adventurers striving to survive in the remote Alaskan wilderness, has won Emmys for the last four years in a row (2016-2019). It has two more nominations this year: Best Cinematography for a Reality Program and Best Picture Editing for an Unstructured Reality Program, both of which the show has won before. Its focus on persevering under adverse circumstances might be especially resonant as the world continues to grapple with the uncertainty of the COVID-19 pandemic, so will it keep its winning streak alive?

“Life” wasn’t nominated when it was first eligible in 2014, but then it picked up its inaugural nom for its cinematography in 2015. It won that award in 2016, then took home the editing prize in 2017 and a couple more cinematography trophies in 2018 and 2019. It had its best year in 2019, earning nominations for its editing and cinematography plus finally making the cut for Best Unstructured Reality Program, which made it the first Nat Geo nominee in the top category since “Dog Whisperer” contended in 2006, 2007 and 2009.

The show isn’t nominated in that top category this time around, but as the defending champion for its cinematography with a four-year winning streak underway, that might not get in the way of it winning its two nominations. And “Life” has become a centerpiece series for Nat Geo, spawning a couple of spin-offs: “Life Below Zero: Port Protection” and “Life Below Zero: Next Generation.” Like the mother ship series, they follow individuals braving the Alaskan elements in isolation. They were social distancing before it was cool — or cold, as it were. So in a few months they might have their moment in the sun at the Emmys, albeit in virtual form.