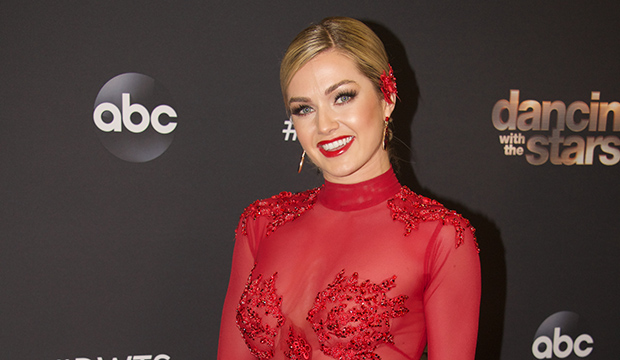 Lindsay Arnold‘s exciting baby news is sad news for “Dancing with the Stars” fans. Due in November, the pro will not be on Season 29 this fall, should it go forward amid the coronavirus pandemic, but she does hope to be involved in some way — and she’ll definitely return post-baby.

“I don’t know exactly what the plans are for the show, but I’m due in mid-November, which would be around the time that I’d be doing the freestyle if I was in the finals, so that won’t work,” Arnold told “Entertainment Tonight” (watch below). “I’ve spoken with the producers. I will not be dancing this season, but I’m hoping to be part of the show in other ways that I can be, so that’s going to be something that we work on for sure.”

Since “Dancing” airs once a year, the 26-year-old plans on returning to the show next fall. “I’ll have our baby in November, which gives me about 10 months to have time with the little babe, and then get back into shape and get back into dancing to hopefully be back around for the next fall season,” she shared. “That’s sort of the plan, and that’s what I intend to do. I have every intention of coming back. I mean, I love that show, I can’t see me not wanting to be a part of it in some way for the rest of my life as long as they will have me.”

Arnold, who won Season 25 with Jordan Fisher, made her pro debut in Season 16. She returned in Season 21 and hadn’t missed an installment since.

The dancer shared that she and husband Sam Cusick, her high school sweetheart, had been planning on starting a family. She found out she was pregnant while on the “Dancing” tour in the spring. “I had a day off, and I think I was in Kansas City. I just remember waking up that morning and being like, ‘I think I am pregnant, I think I am.’ So I went to CVS by myself, I got a test and took it,” Arnold recalled. “Sam and I saw each other about a week after. I kind of debated if I would tell him over the phone, and I was like, ‘No, I absolutely have to tell him in person.’ So I kept the secret to myself for about a week and it was very hard, if you know me.”

The couple is “definitely” planning on finding out if they’re having a boy or a girl. “I don’t think we can wait that long,” Arnold said. “I don’t know how people do that as a surprise!”

Great British Bake Off Winners: Where Are They Now Updates

'Great British Bake Off' winners: List of all the #GBBO champions

Who will be eliminated first on 'Dancing with the Stars' tonight? Our odds say it WON'T be Carole…