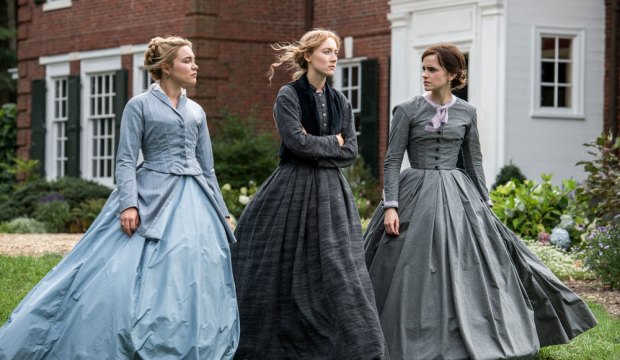 “Little Women” will win the Oscar for Best Costume Design, according to the combined predictions of thousands of Gold Derby users. If we’re right, it will be the second win for designer Jacqueline Durran, whose last victory was also for dressing up a literary classic: Joe Wright‘s 2012 take on “Anna Karenina.”

This is despite the fact that Durran wasn’t even nominated for “Little Women” by the Costume Designers Guild, but perhaps not enough members of that union had a chance to see the film before their nominations were announced on December 10. After that the film earned a bid for its costumes at the Critics’ Choice Awards and won at the BAFTAs, so perhaps its absence from the CDG lineup really was a fluke.

And it doesn’t hurt that “Little Women” has arguably the showiest costumes in the category. Its 19th century dresses are the kinds of period attire that often win this prize — see also “The Duchess” (2008), “The Young Victoria” (2009) and “The Great Gatsby” (2013), to name a few in recent years.

But that doesn’t mean the film is a lock. Four Experts are predicting a win for “Once Upon a Time in Hollywood,” for which Arianne Phillips recreated 1960s showbiz looks that might resonate with the industry insiders who vote for the Oscars. And three Experts are picking “Jojo Rabbit,” for which Mayes C. Rubeo was a surprise winner at the Costume Designers Guild Awards.

Can “Little Women” hold them off?