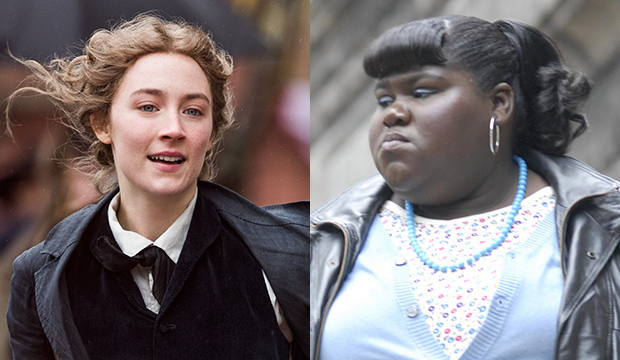 What a difference 18 hours makes. Greta Gerwig‘s “Little Women” script was the Best Adapted Screenplay Oscar frontrunner, but then suffered a pair of transatlantic defeats over the weekend. She lost the Writers Guild of America Award and the BAFTA to Taika Waititi‘s “Jojo Rabbit,” which has now displaced “Little Women” for the top spot in our odds. Can “Little Women” pull off a big upset at the Oscars? Sure, but it’ll have to be the first film in 10 years to take down the WGA and BAFTA champ.

The last movie to do so was “Precious” (2009), which stunned “Up in the Air” to take the Oscar for Geoffrey Fletcher. This was a bigger shocker than “Little Women” over “Jojo Rabbit” would be since “Up in the Air” had dominated the season, collecting the Golden Globe (which has one screenplay category), Critics’ Choice, BAFTA, the USC Scripter Award and WGA. But the film’s campaign was marred by a writing credit dispute between Jason Reitman and Sheldon Turner that may or may not have affected the race.

“Jojo” has not been as dominant as “Up in the Air” — it wasn’t even nominated for screenplay at the Globes (neither was “Little Women”). “Little Women” won Critics’ Choice and the USC Scripter, but those aren’t industry prizes like WGA and BAFTA. Waititi was predicted to win BAFTA before his WGA triumph, but Gerwig was the favorite for WGA. This is not unlike when she was the WGA frontrunner for “Lady Bird” (2017), but lost to Jordan Peele‘s “Get Out,” which went on to win the Oscar. Maybe we need to stop predicting Gerwig to win WGA and then she finally will?

Because of the WGA’s strict rules, many BAFTA (and Oscar) nominees and contenders never had a chance to compete at WGA, so there’s not great alignment between the two. Since “Precious”/”Up in the Air,” three films have snagged WGA and BAFTA en route to Oscar gold: “The Social Network” (2010), “The Big Short” (2015) and “Call Me By Your Name” (2017). Like “Up in the Air,” they were the season-long favorites, but they managed to cross the finish line in the end.

“Jojo” vs. “Little Women” is a much closer race, but it’s clear the industry is responding more to the former, which hit almost every guild it could, including the four top ones (Directors Guild, Producers Guild and Screen Actors Guild being the other three). Besides WGA, “Jojo” has also won at the ACE Eddies, the Costume Designers Guild and the Casting Society of America, though there is no corresponding casting Oscar category.

Rounding out our predictions are  Steve Zaillian‘s “The Irishman,” Todd Phillips and Scott Silver‘s “Joker,” and Anthony McCartern‘s “The Two Popes.”