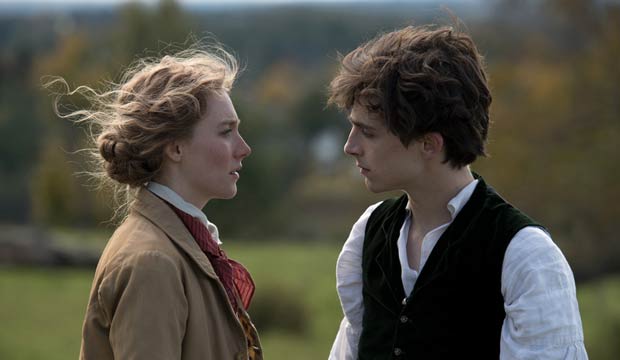 Only five women have ever been nominated as a solo producer for their films at the Producers Guild Awards: Jan Chapman (“The Piano”), Niki Marvin (“The Shawshank Redemption”), Jane Scott (“Shine”), Cean Chaffin (“Gone Girl”) and now Amy Pascal (“Little Women”). And if Pascal prevails she’d be the first solo woman to do so and “Little Women” would be the only winner ever without a male producer.

It’s not exactly an equitable year for women at the PGA Awards, where only 9 of the 26 individual nominees are women — and that’s counting Emma Tillinger Koskoff twice as she’s nominated for both “Joker” and “The Irishman.” She’s joined by Pascal, Pippa Harris and Jayne-Ann Tenggren (“1917“), Jenno Topping (“Ford v Ferrari”), Jane Rosenthal (“Irishman”), Shannon McIntosh (“Once Upon a Time in Hollywood”) and Kwak Sin Ae (“Parasite“). But that’s still up from last year when only 6 of the 31 nominated producers were women.

But solo female producers like Pascal are a lot rarer at the PGA Awards, though they’re a little more common at the Oscars. There have been seven women nominated for Best Picture as the only producers of their films: Arlene Donovan (“Places in the Heart”), Lisa Weinstein (“Ghost”), Lindsay Doran (“Sense and Sensibility”) and Darla K. Anderson (“Toy Story 3”) in addition to the aforementioned Chapman (“Piano”), Marvin (“Shawshank”) and Scott (“Shine”).

Of course, winning at the PGA Awards is a whole other story. “Little Women” missed out on Best Picture nominations at the Golden Globe and BAFTA Awards, so it may have been helped here by the fact that the Producers Guild has 10 slots, and it may be helped at the Oscars where there will be as many as 10 slots (but probably actually 8 or 9). Can the film pull off a huge upset?