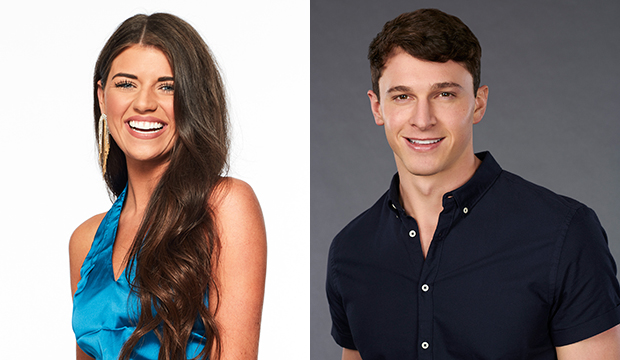 Peter Weber and Kelley Flanagan‘s relationship status is TBD, but we’ve got clarity on one “Bachelor” alum’s love life.

In an Instagram Live on Friday, Madison Prewett stated that she is not dating “The Bachelorette” alum Connor Saeli after he had implied that something might be going on between them.

“He seems like a really sweet guy and he reached out right after the finale and just sent some encouragement and some support, really sweet, but that is it,” she said. “We are not together. I am not with anyone right now. I am just focusing on myself and taking it one day at a time.”

Connor, who finished in seventh on Hannah Brown‘s installment of “The Bachelorette” last year, fueled rumors last week after he went on not one but two Instagram Lives, with his fellow Season 15 alums Mike Johnson and John Paul Jones, respectively, and played coy when asked about Madison. “I don’t know. We’ll see,” he told Mike. When Connor wouldn’t confirm or deny anything, John Paul told his friend he was “happy” for him. “I ship you guys, 100 percent,” he said.

Connor is the first guy Madison has been linked to since the dramatic finale of “The Bachelor” three weeks ago (doesn’t it feel like a billion years ago now?). She and Peter broke up two days after the finale, and he’s since been seen out and about, twirling fifth-place finisher Kelley Flanagan on his shoulders, in Chicago. Madison told her followers on Friday that they do not keep in touch. “I do not still talk to Peter, but I wish him all the best,” she said.