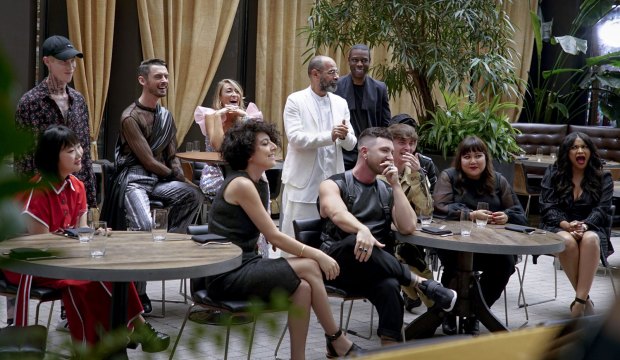 “Making the Cut” ends its first season with its final two episodes premiering on Amazon on Friday, April 24. So who deserves to win the whole competition? After the final three were revealed last week in the episode “Brand Evolution” we asked our readers who they would pick to win the $1 million grand prize. Scroll down to see our complete poll results. But read no further if you’re not caught up on the first eight episodes.

SEE‘Making the Cut’ cast: Who are the 12 designers competing on Amazon, and when were they eliminated? [UPDATED APRIL 17]

The season started with 12 designers from around the world, and the judges narrowed it down to three who might launch the next global fashion brand: Sander Bos from Belgium, Jonny Cota from the US and Esther Perbandt from Germany. And fans have decisively said that their choice to win is Perbandt with 60% of the vote. She’s followed by Bos with 31% and Cota with 9%. Do you agree with that verdict? And how will it compare to what the judges ultimately decide?

Perbandt started the season with a bang, winning the first assignment in “Heidi and Tim Are Back” when the designers were asked to give the judges a snapshot of their brand identities. Then she won the second assignment in “Haute Couture,” which confirmed her as a front-runner in the competition. She didn’t ace every task — her “Collaboration” with Will Riddle didn’t go so well, and the judges desperately wanted more color from her “Streetwear” — but she won the assignment that decided the final three in “Brand Evolution,” cementing her as one of the show’s strongest creative voices.

SEE‘Making the Cut’ episode 8 recap: In ‘Brand Evolution,’ the designers fought to make the final three, but did the judges get it right?

Almost a third of readers love Bos too. The youngest designer in the competition at age 24, he showed fearless creativity with dramatic silver doughnuts in “Haute Couture,” but also an eye for more marketable fashion in “Opposing Forces,” an assignment he won. Cota trailed with the readers we surveyed, perhaps because he struggled in “Brand Evolution” and just barely made the final three in a close decision against Megan Smith, but Cota has also won two assignments, one in which he only had seven hours to make his look (“Fight for Your Life“) and the other where he was the creative director of his own photo shoot (“Digital Marketing Campaign“).

Who do you think will really make the final cut out of the final three? 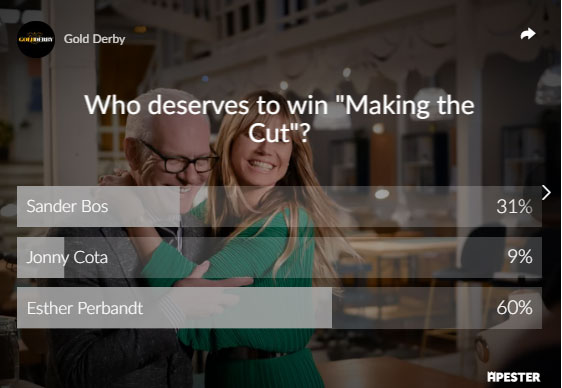 'Making the Cut' cast: Who are the 12 designers competing on Amazon, and when were they eliminated? [UPDATED APRIL 17]