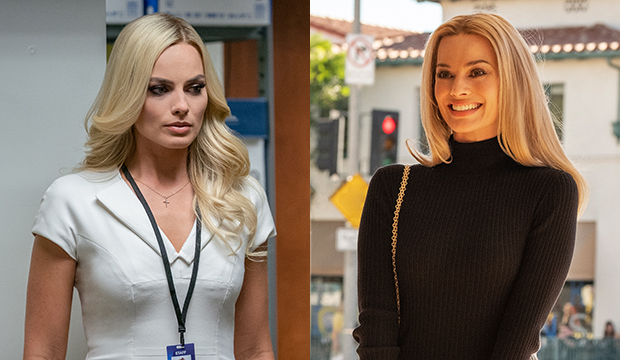 Margot Robbie got doubly good news on Tuesday: The actress received two BAFTA nominations in the same category, making the Best Supporting Actress cut for both of her 2019 outings, “Bombshell” and “Once Upon a Time in Hollywood.” She now joins a short list of actors who’ve had to face off against themselves.

Through the 1970s, BAFTA allowed performers to be nominated for multiple films in a single year as one nomination. For example, Jodie Foster won Best Supporting Actress as a single citation for both of her 1976 performances in “Taxi Driver” and “Bugsy Malone.” The British academy then tweaked its rules to allow performers to receive separate nominations for different films in a category in a single year — something that is prohibited at the Oscars.

Since then, an elite handful have managed to double dip, with one person, Kate Winslet, pulling it off twice.

As you can see, going against the conventional wisdom of a vote-split, more people have won for one of their performances than have lost for both; in fact, no one had gone home a double loser until Penn, who lost to Mickey Rourke (“The Wrestler”). So history is on Robbie’s side, and you can assume that if she were to prevail for one, it’d be “Bombshell,” which has earned her Golden Globe and Screen Actors Guild Awards bids, and will likely be her Oscar ticket as well.

This is her first major nomination for “Once Upon a Time in Hollywood,” which is a stronger film overall in the race and received 10 BAFTA bids, including Best Film. These are also Robbie’s third and fourth BAFTA bids in three years, following her those for “I, Tonya” (2017) and “Mary, Queen of Scots” (2018).

Robbie’s up against Globe champ Laura Dern (“Marriage Story”), Florence Pugh (“Little Women”) and Johansson (“Jojo Rabbit”), who nabbed double nominations as well, but in separate categories. Dern will be the favorite, but “Marriage Story” did underperform, missing Best Film and Best Director for Noah Baumbach, so if BAFTA doesn’t rubber-stamp the Oscar frontrunner, maybe this could be Robbie’s time.