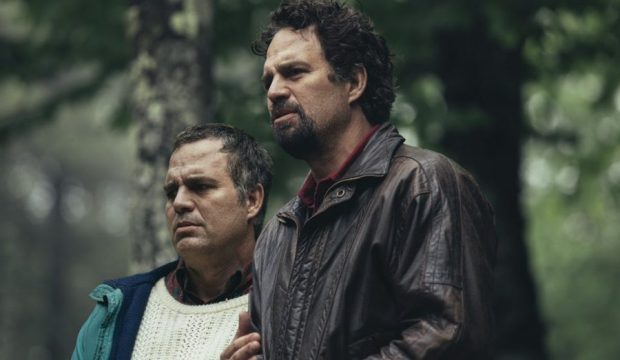 As Gold Derby predicted, Mark Ruffalo won Best Limited Series/Movie Actor at this year’s Emmys for “I Know This Much Is True.” He represented the lone nomination for the HBO limited series. And he was competing in a category against actors from more beloved programs such “Watchmen” and “Normal People.” That Ruffalo was able to overcome the popularity of his competition at the Emmys could signal that he will sweep through the upcoming winter awards season.

The last decade began with a trio of triple winners of the Emmy, Golden Globe and SAG Awards: Al Pacino (“You Don’t Know Jack”), Kevin Costner (“Hatfields & McCoys”) and Michael Douglas (“Behind the Candelabra”). But since then only Darren Criss (“The Assassination of Gianni Versace”) has been able to pull off the hat trick.

In “I Know This Much Is True,” Ruffalo plays dual roles as brothers Dominick and Thomas Birdsey. His performances earned him universal praise from critics even before that Emmy nomination and win. It wasn’t a surprise when he landed a TCA Award nomination in the highly competitive Individual Achievement in Drama category; he lost to Regina King (“Watchmen”) who went on to win Best Limited Series/Movie Actress at the Emmys.

As of this writing, Ruffalo is the frontrunner at both the Golden Globes and Screen Actors Guild Awards, according to the latest Gold Derby odds. He is expected to face off against some of the fellows he beat at the Emmys, including Hugh Jackman for “Bad Education” and Paul Mescal for “Normal People.” Among the new contenders in the mix are Ethan Hawke for “The Good Lord Bird,” Hugh Grant for “The Undoing” and Brendan Gleeson for “The Comey Rule.”

Ruffalo has been nominated at the Globes for his work in both film (his lead role in the comedy “Infinitely Polar Bear” and supporting work in the drama “Foxcatcher”) and television (his star turn in the telefilm “The Normal Heart”) but he has yet to win. He has two SAG Awards for his performance in “The Normal Heart” (2014) and the next year as part of the ensemble of the film “Spotlight.” 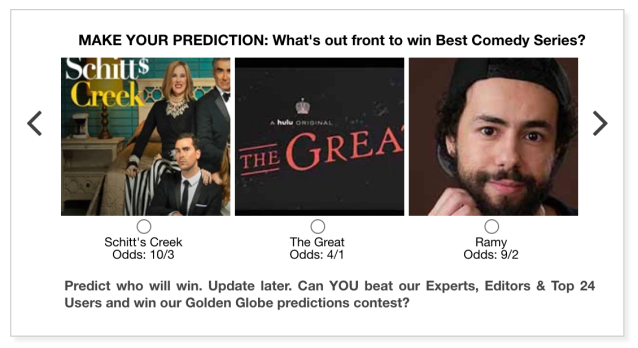